Basketball is one of the most important sports in the world. Millions love this game, here, and for them, we provide an inspiring set of quotations and sayings -the best. 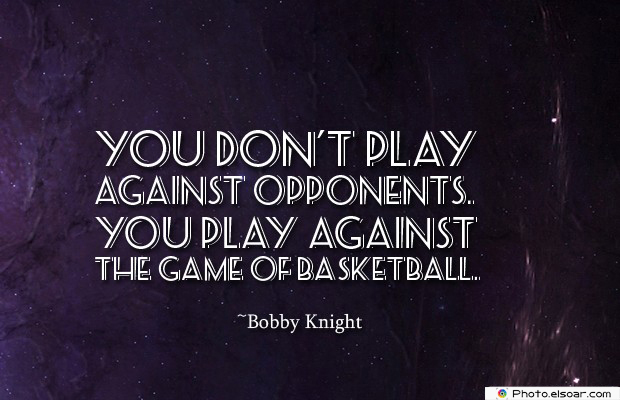 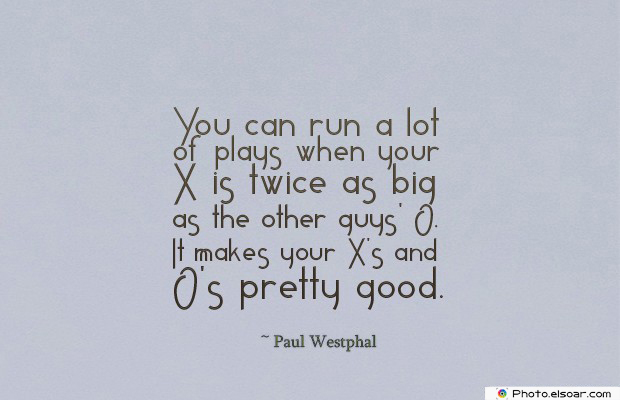 You can run a lot of plays when your X is twice as big as the other guys’ O. It makes your X’s and O’s pretty good. ~ Paul Westphal 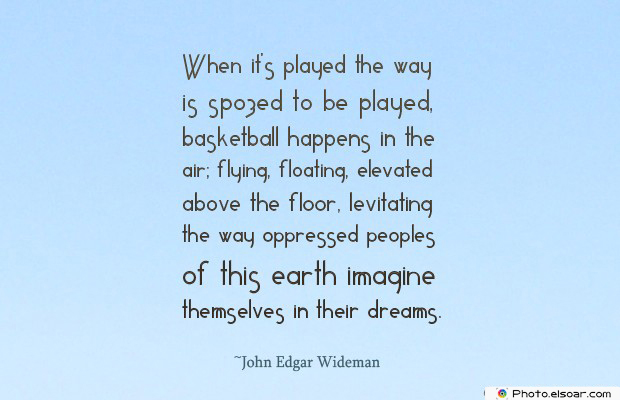 When it’s played the way is spozed to be played, basketball happens in the air; flying, floating, elevated above the floor, levitating the way oppressed peoples of this earth imagine themselves in their dreams. ~ John Edgar Wideman 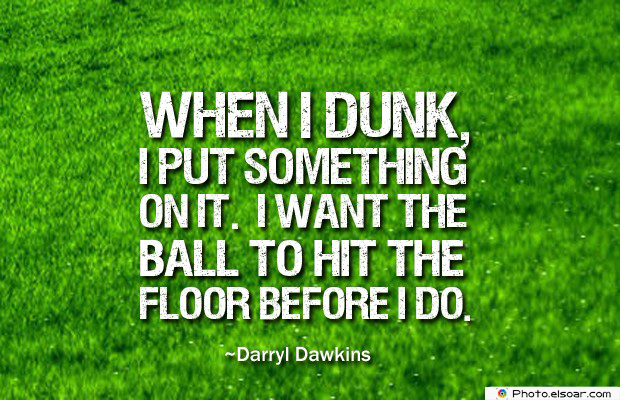 When I dunk, I put something on it. I want the ball to hit the floor before I do. ~ Darryl Dawkins 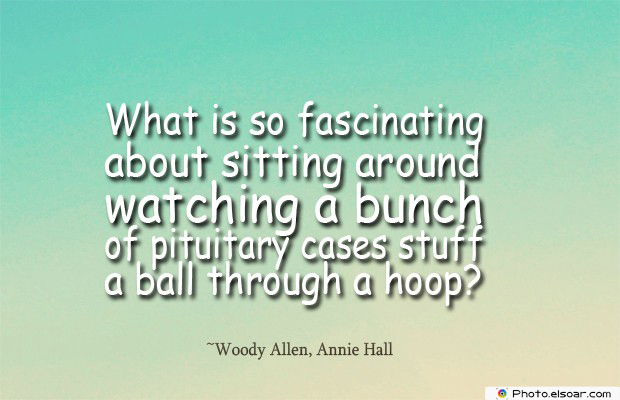 What is so fascinating about sitting around watching a bunch of pituitary cases stuff a ball through a hoop? ~ Woody Allen – Annie Hall 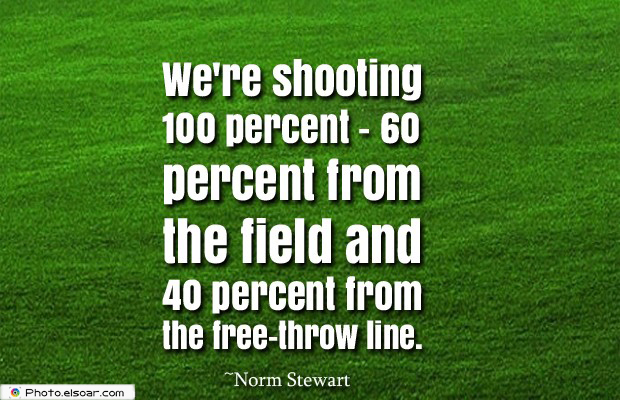 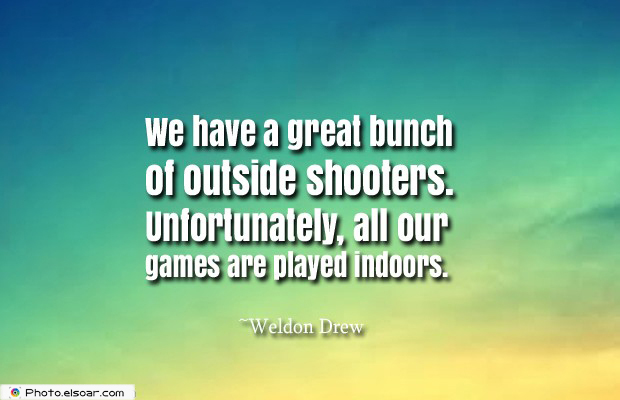 We have a great bunch of outside shooters. Unfortunately, all our games are played indoors. ~ Weldon Drew 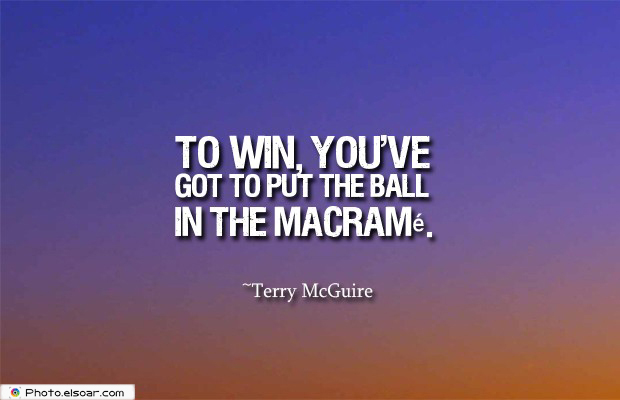 To win, you’ve got to put the ball in the macramé. ~ Terry McGuire 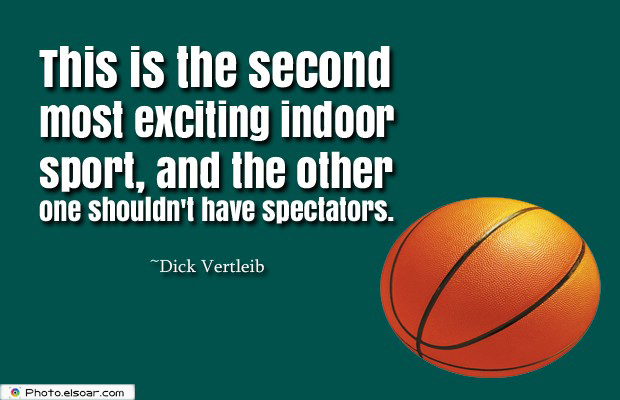 This is the second most exciting indoor sport, and the other one shouldn’t have spectators. ~ Dick Vertleib 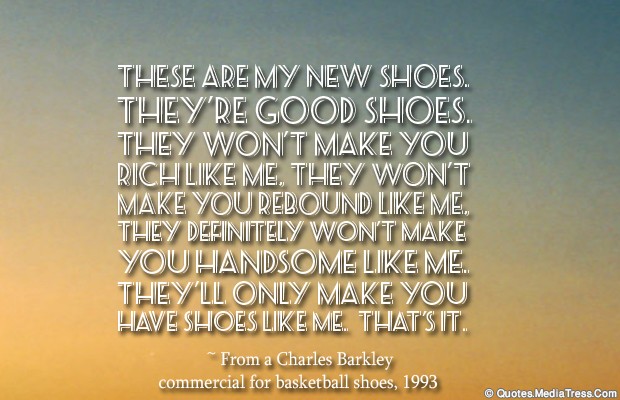 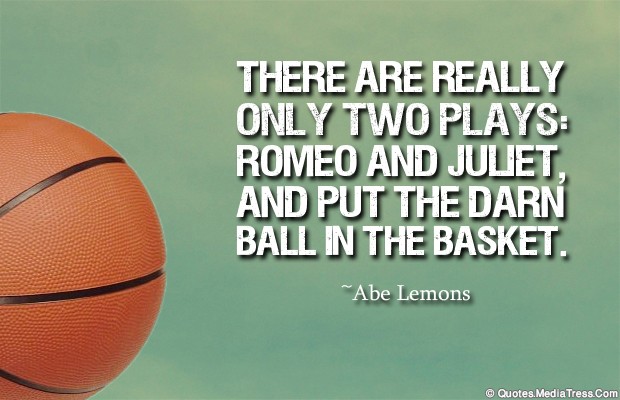 There are really only two plays: Romeo and Juliet, and put the darn ball in the basket. ~ Abe Lemons 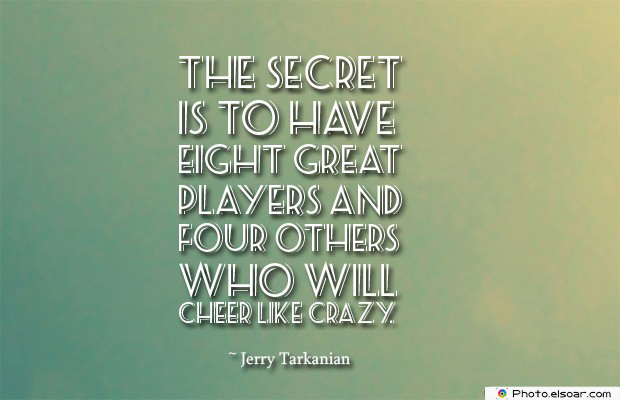 The secret is to have eight great players and four others who will cheer like crazy. ~ Jerry Tarkanian 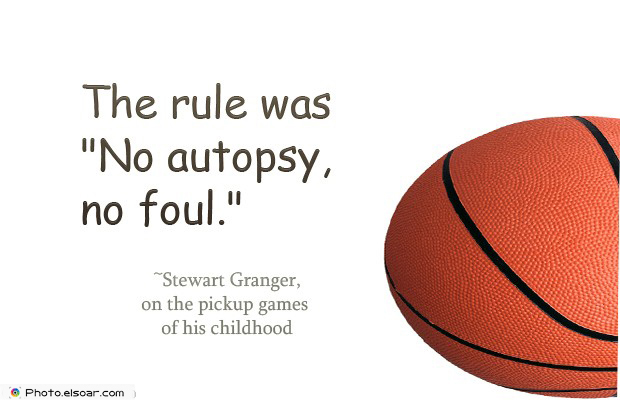 The rule was “No autopsy, no foul.” ~ Stewart Granger – on the pickup games of his childhood 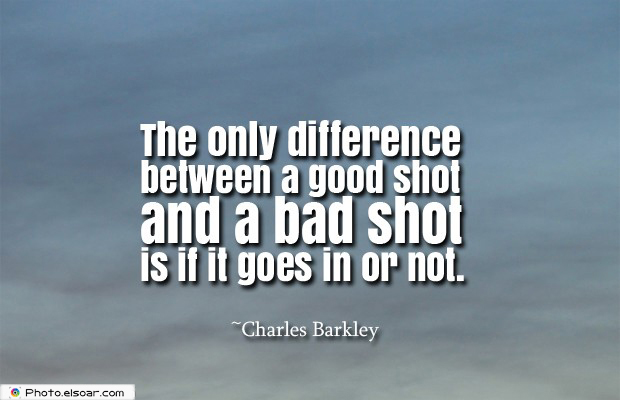 The only difference between a good shot and a bad shot is if it goes in or not. ~ Charles Barkley 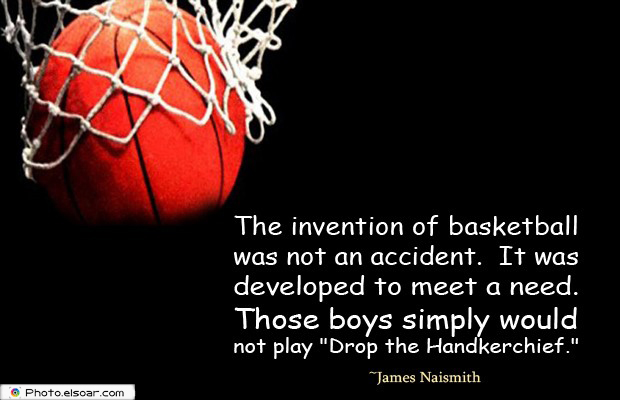 The invention of basketball was not an accident. It was developed to meet a need. Those boys simply would not play “Drop the Handkerchief.” ~ James Naismith 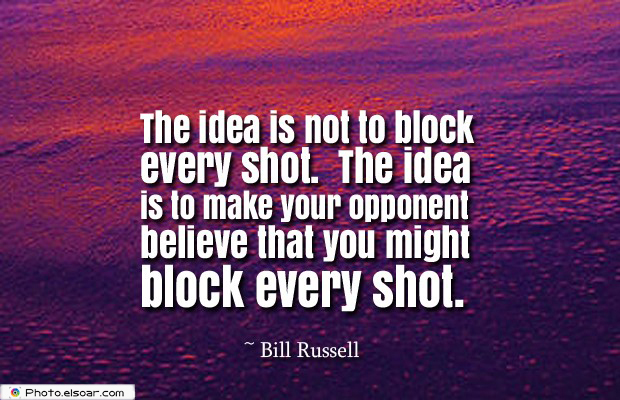 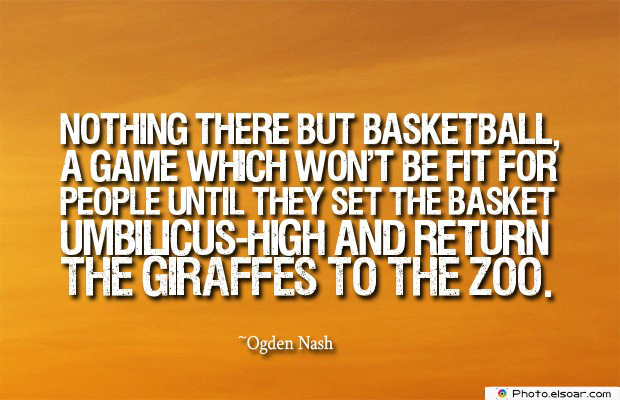 Nothing there but basketball, a game which won’t be fit for people until they set the basket umbilicus-high and return the giraffes to the zoo. ~ Ogden Nash 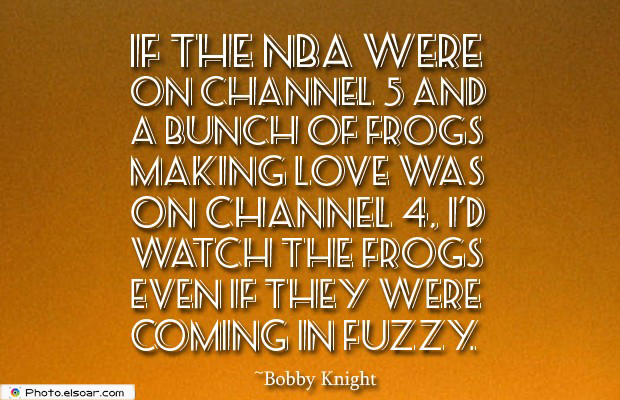 If the NBA were on channel 5 and a bunch of frogs making love was on channel 4, I’d watch the frogs even if they were coming in fuzzy. ~ Bobby Knight 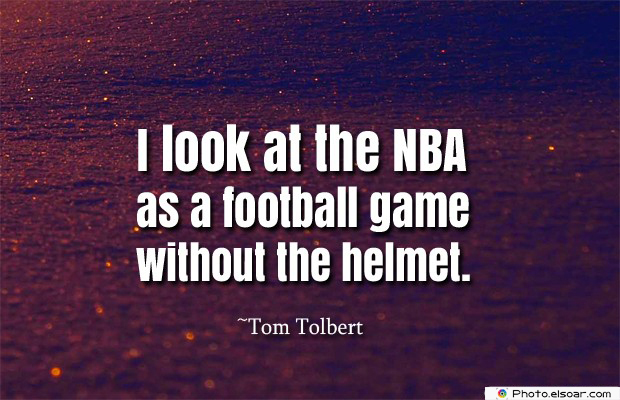 I look at the NBA as a football game without the helmet. ~ Tom Tolbert 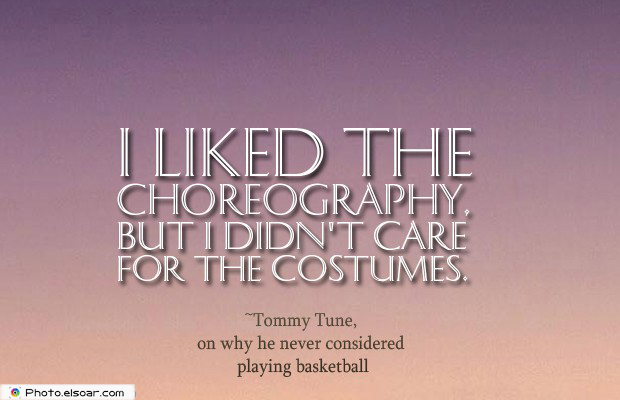 I liked the choreography, but I didn’t care for the costumes. ~ Tommy Tune – on why he never considered playing basketball 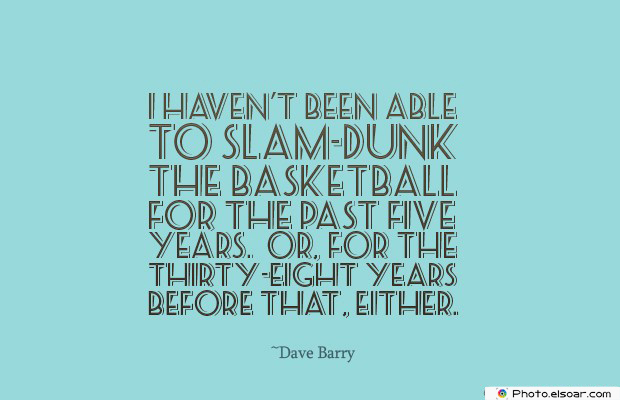 I haven’t been able to slam-dunk the basketball for the past five years. Or, for the thirty-eight years before that, either. ~ Dave Barry 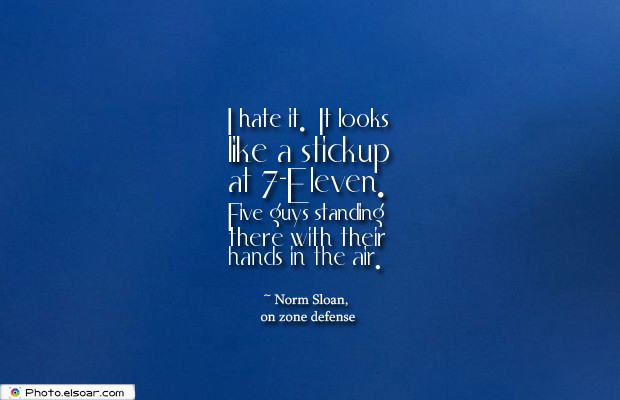 I hate it. It looks like a stickup at 7-Eleven. Five guys standing there with their hands in the air. ~ Norm Sloan – on zone defense 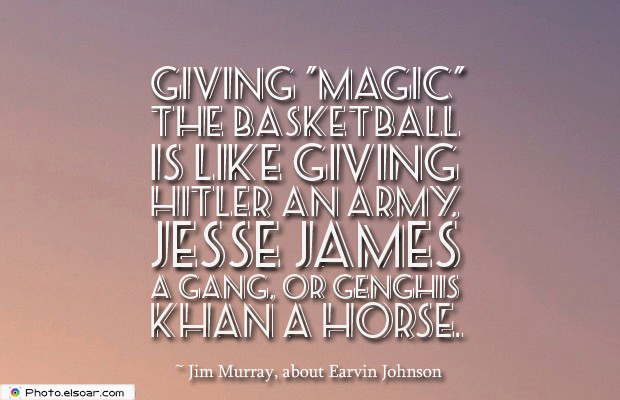 Giving “Magic” the basketball is like giving Hitler an army, Jesse James a gang, or Genghis Khan a horse. ~ Jim Murray – about Earvin Johnson 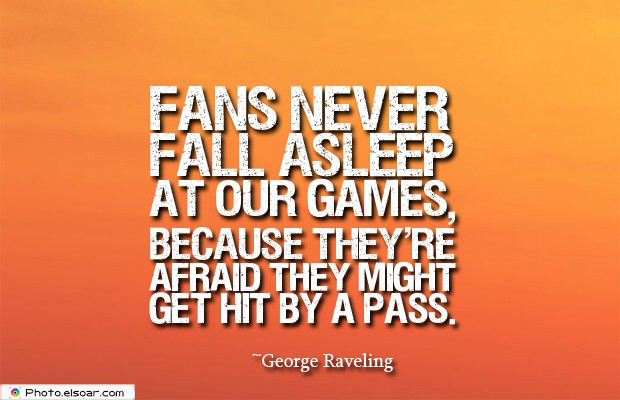 Fans never fall asleep at our games, because they’re afraid they might get hit by a pass. ~ George Raveling 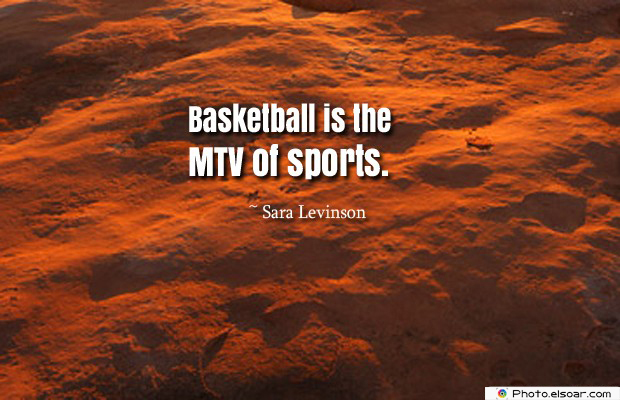 Basketball is the MTV of sports. ~ Sara Levinson 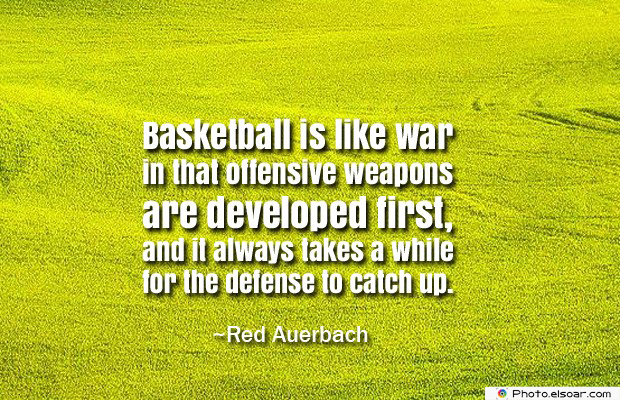 Basketball is like war in that offensive weapons are developed first, and it always takes a while for the defense to catch up. ~ Red Auerbach 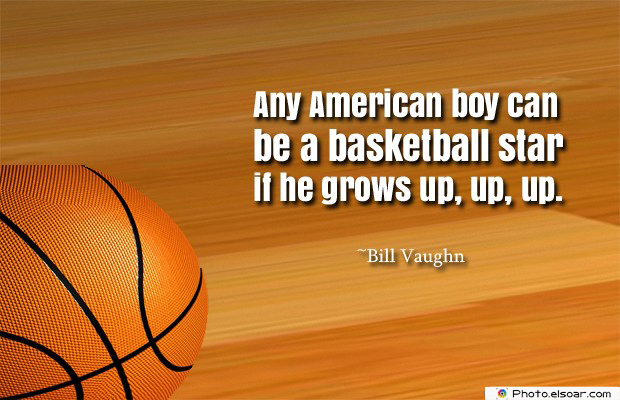 Any American boy can be a basketball star if he grows up, up, up. ~ Bill Vaughn