Will not speak too much, just i want tell you that this is the first part, consists of 30 Quote in 30 picture, and waited for the rest of the parts exclusively from Amazing Photography. 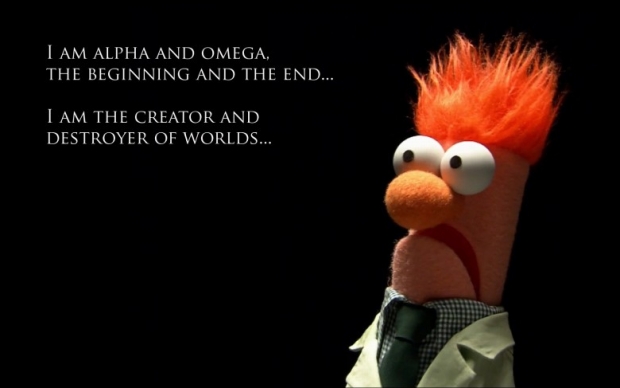 I am Alpha and Omega, the beginning and the end, i am the creator and destroyer of worlds. 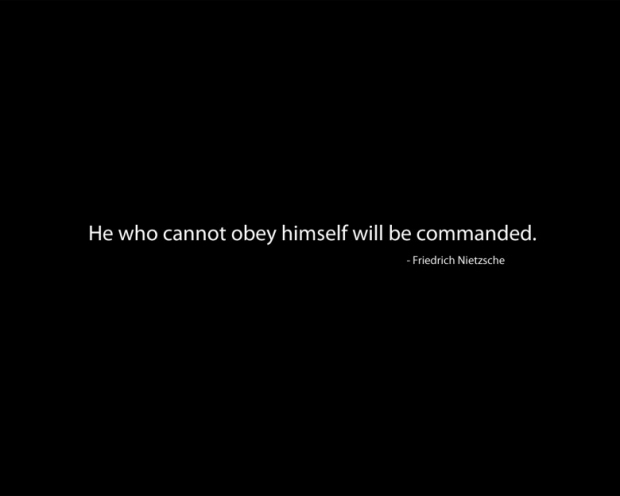 He who cannot obey himself will be commanded. ~ Friedrich Nietzsche 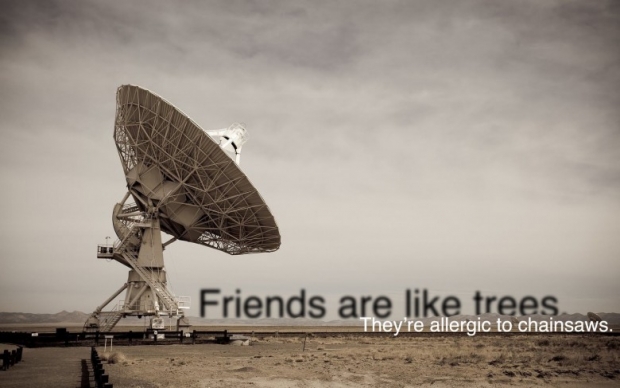 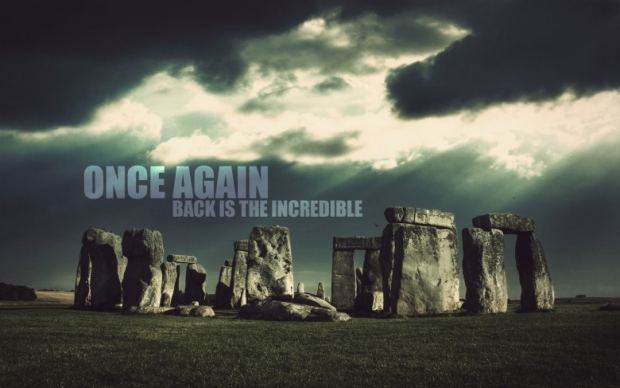 Once again, back is the incredible. 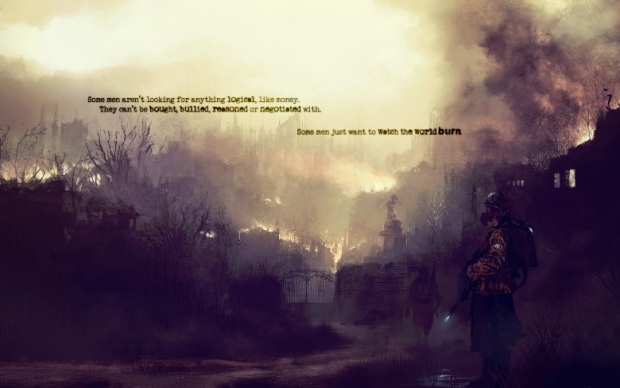 Some men aren’t looking for anything logical, like money. They can’t be bought, bullied, reasoned or negotiated with. Some men just want to watch the world burn. ~ The Dark Knight 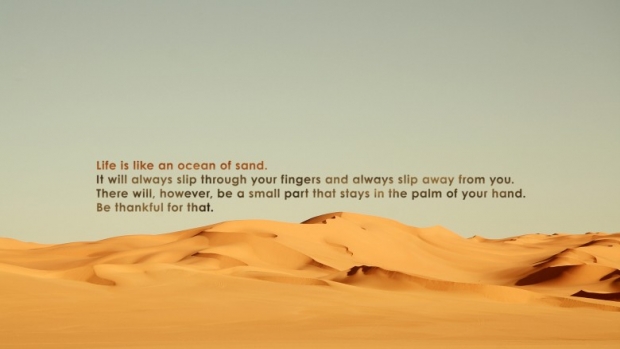 Life is like an ocean of sand. It will always slip through your fingers and always slip away from you. There will, however, be a small part that stays in the palm of your hand. Be thankful for that. 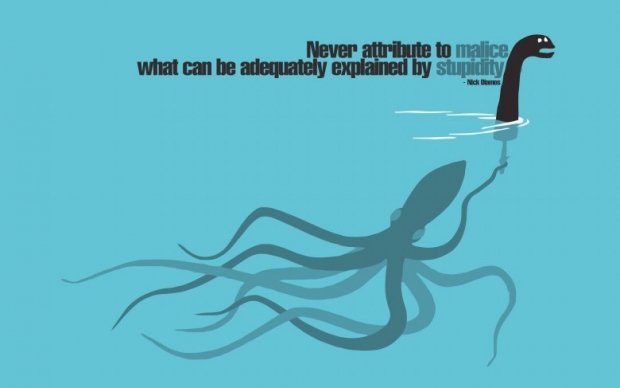 Never attribute to malice, what can be adequately explained by stupidity. ~ Nick Diamos 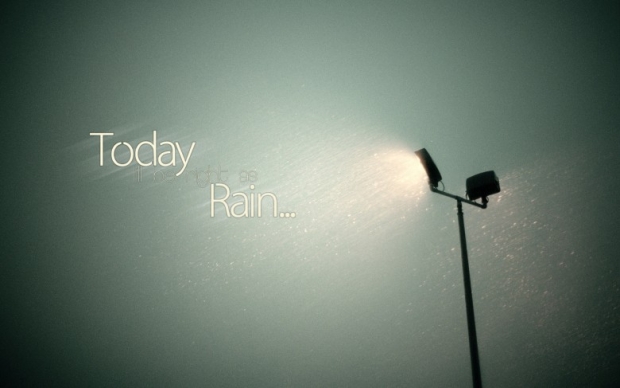 Today I’ll be Right as Rain. 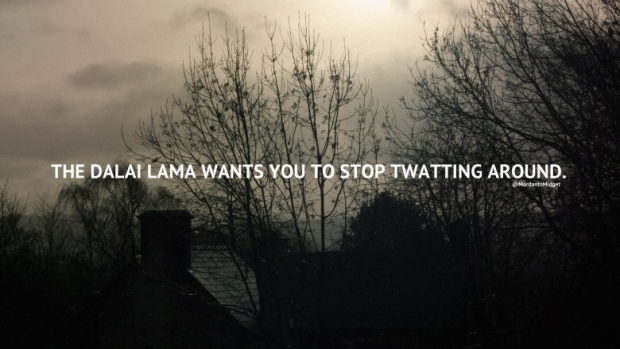 The Dalai Lama wants you to stop twatting around ~ MordantnMidget 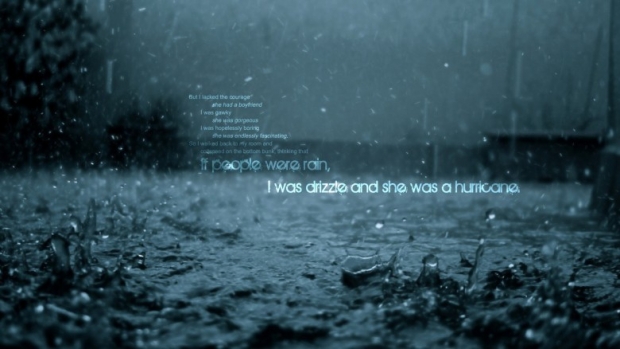 But I lacked the courage and she had a boyfriend and I was gawky and she was gorgeous and I was hopelessly boring and she was endlessly fascinating. So I walked back to my room and collapsed on the bottom bunk, thinking that if people were rain, I was drizzle and she was a hurricane. ~ John Green 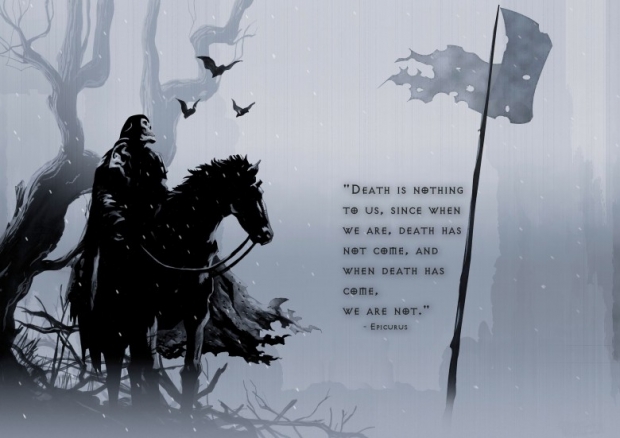 Death is nothing to us, since when we are, death has not come, and when death has come, we are not. ~ Epicurus 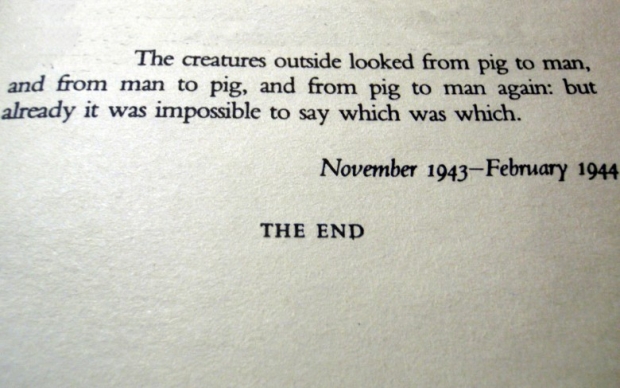 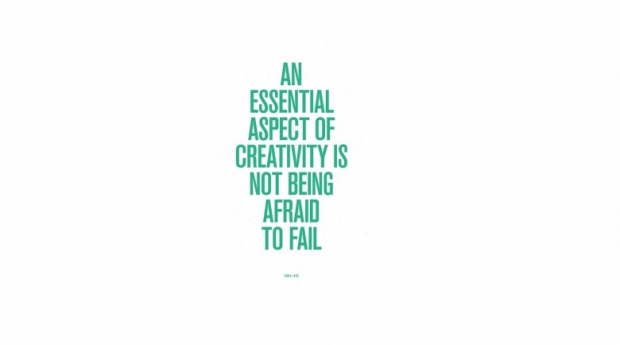 An essential aspect of creativity is not being afraid to fail. ~ Edwin Land 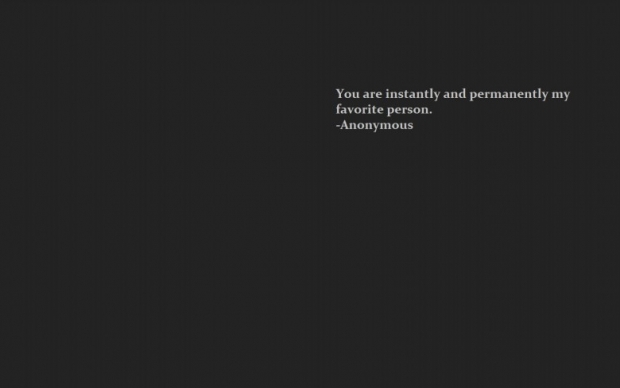 You are instantly and permanently my favorite person. 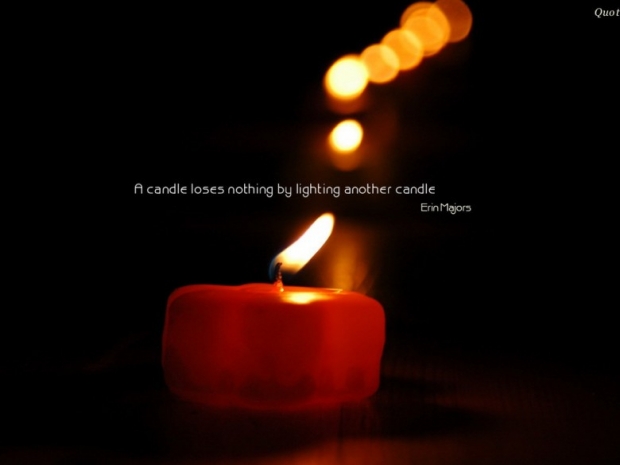 A candle loses nothing by lighting another candle. ~ Erin Majors 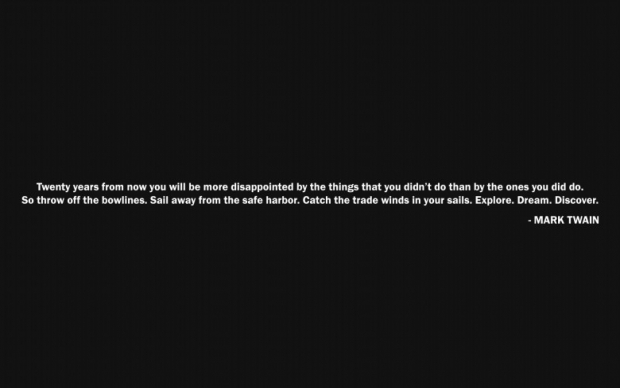 Twenty years from now you will be more disappointed by the things that you didn’t do than by the ones you did do. So throw off the bowlines. Sail away from the safe harbor. Catch the trade winds in your sails. Explore. Dream. Discover. ~ Mark Twain 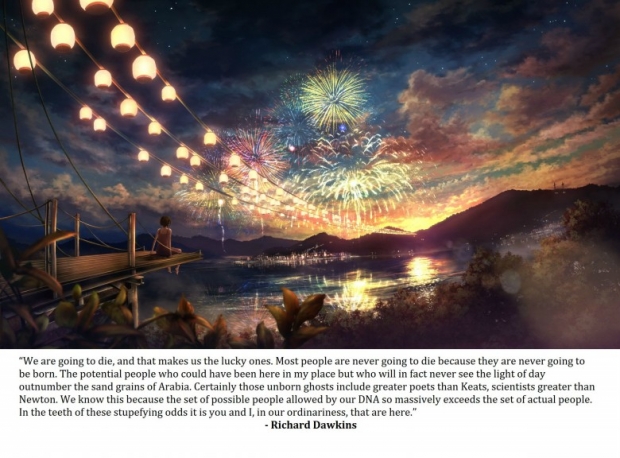 We are going to die, and that makes us the lucky ones. Most people are never going to die because they are never going to be born. The potential people who could have been here in my place but who will in fact never see the light of day outnumber the sand grains of Arabia. Certainly those unborn ghosts include greater poets than Keats, scientists greater than Newton. We know this because the set of possible people allowed by our DNA so massively exceeds the set of actual people. In the teeth of these stupefying odds it is you and I, in our ordinariness, that are here. ~ Richard Dawkins 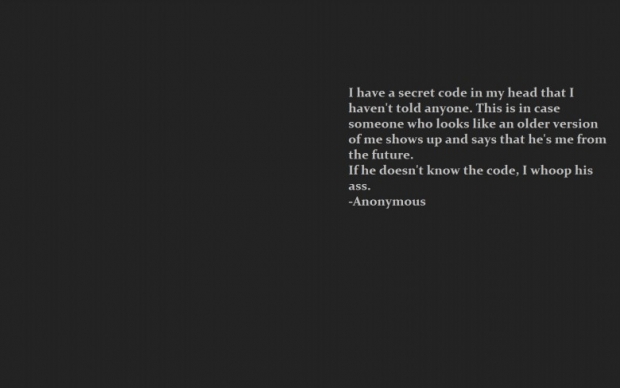 I have a secret code in my head that I haven’t told anyone, This is in case someone who looks like an older version of me shows up and says that he’s me from the future. If he doesn’t know the code, I whoop his ass. 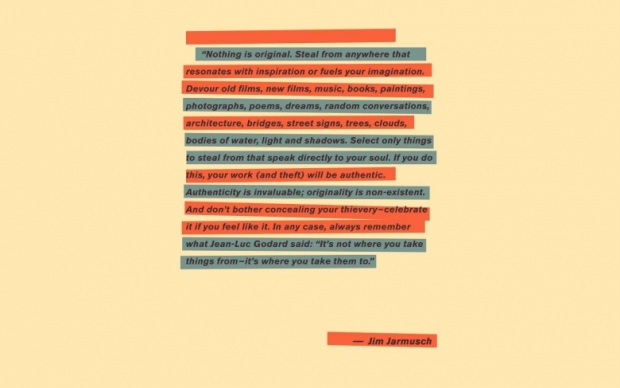 Nothing is original. Steal from anywhere that resonates with inspiration or fuels your imagination. Devour old films, new films, music, books, paintings, photographs, poems, dreams, random conversations, architecture, bridges, street signs, trees, clouds, bodies of water, light and shadows. Select only things to steal from that speak directly to your soul. If you do this, your work (and theft) will be authentic. Authenticity is invaluable; originality is non-existent. And don’t bother concealing your thievery – celebrate it if you feel like it. In any case, always remember what Jean-Luc Godard said: “It’s not where you take things from – it’s where you take them to. ~ jim jarmusch 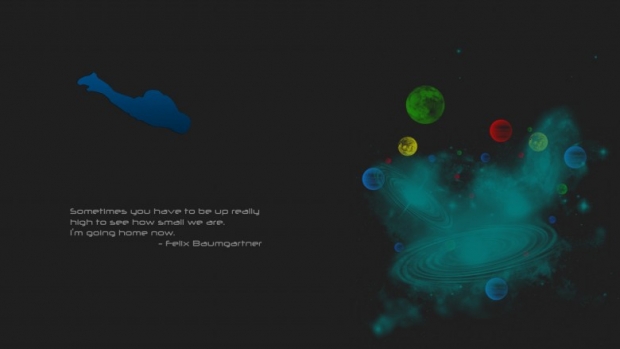 Sometimes you have to get up really high to understand how small you are. I’m going home now. ~ Felix Baumgartner 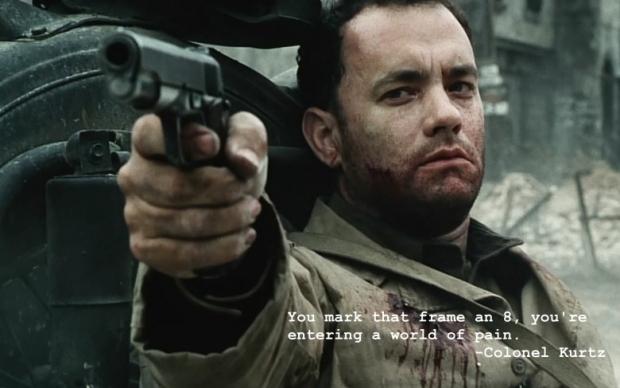 You mark that frame an 8, and you’re entering a world of pain. ~ Colonel Kurtz 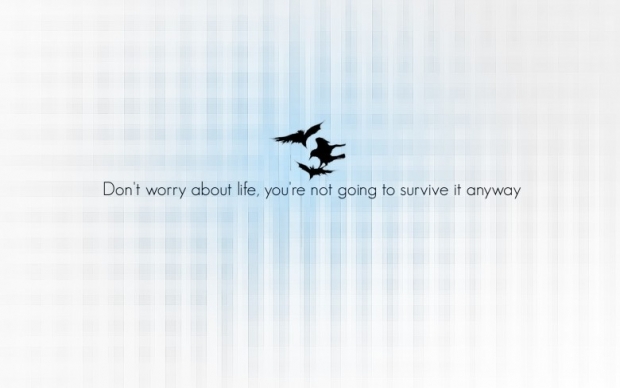 Don’t worry about life, you’re not going to survive it anyway. 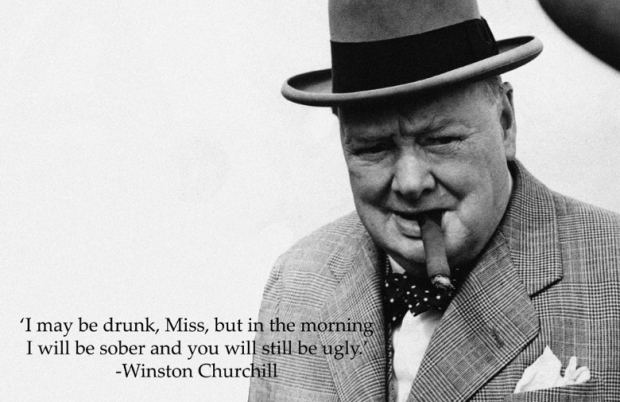 I may be drunk, Miss, but in the morning i will be sober and you will still be ugly. ~ Winston Churchill 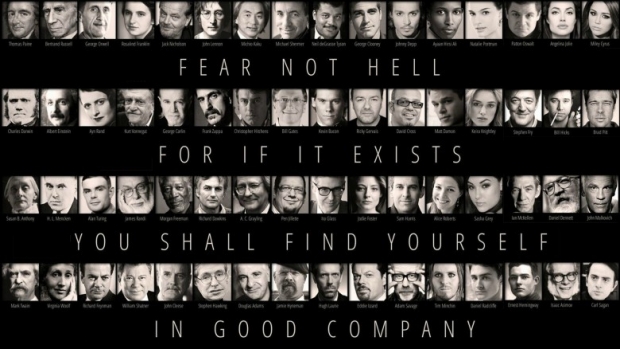 Fear not hell for if it exists you will find yourself in good company. 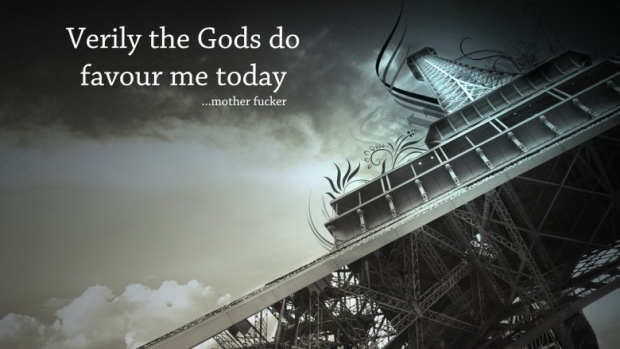 Verily the Gods do favor me today, ~ mother fucker 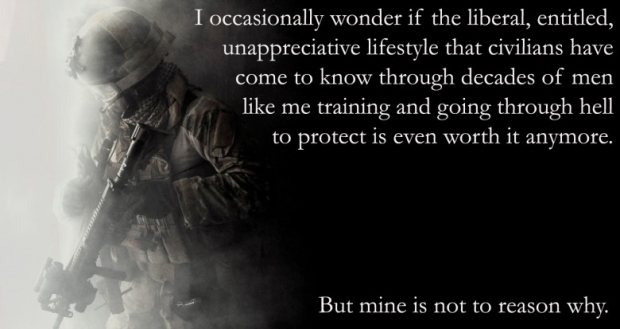 I occasionally wonder if the liberal, entitled, unappreciative lifestyles that civilians have come to know thru decades of men like me training and going thru hell to protect is even worth it anymore? 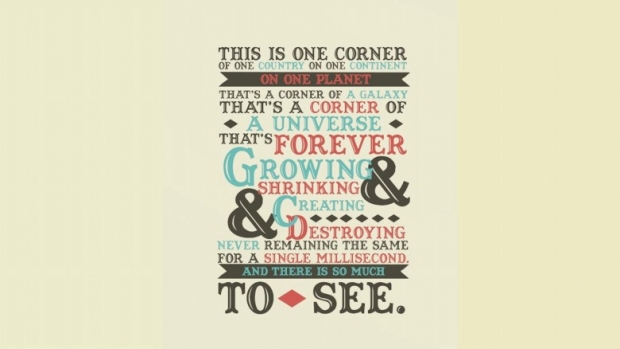 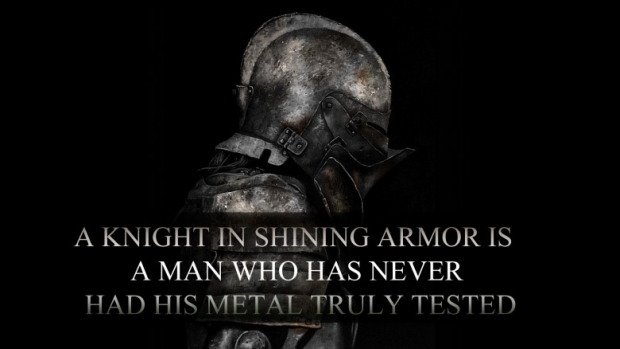 A knight in shining armor is a man who has never had his metal truly tested. 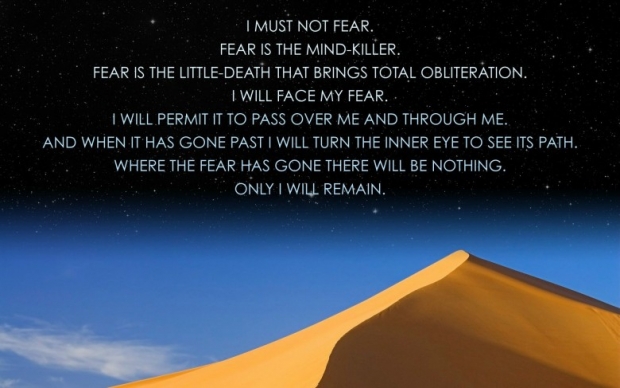 I must not fear. Fear is the mind-killer. Fear is the little-death that brings total obliteration. I will face my fear. I will permit it to pass over me and through me. And when it has gone past I will turn the inner eye to see its path. Where the fear has gone there will be nothing. Only I will remain. ~ Frank Herbert 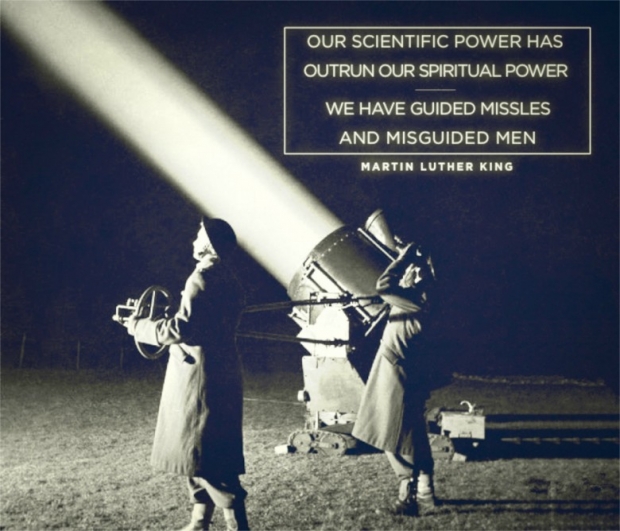 Our scientific power has outrun our spiritual power. We have guided missiles and misguided men. ~ Martin Luther King