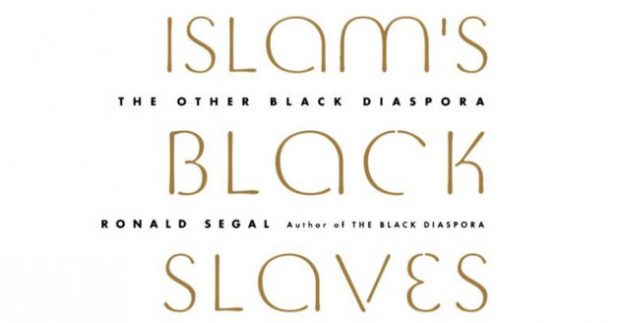 The issue of slavery has always been a controversial one. In the hands of anti-Islamic elements it has become another tool by which to defame Islam. There have been a number of writers and activists that have accused Muslims of condoning and even practicing slavery in this modern day and age. There is no dearth of biased writings on this subject. In sharp contrast, very little has been written giving the Muslim perspective on this topic. Enter Ronald Segal, former editor and publisher of Africa South and author of 15 books, including The Anguish of India, The Race War, and The Americans. In Islam’s Black Slaves, which is a sequel to his earlier book, The Black Diaspora, Segal tackles the complex history of slavery in Muslim countries. Unlike some western writers, however, Segal approaches the subject with an unbiased mind and, to an extent, succeeds in faithfully exploring the topic.

Segal contends that as many people were involved in the Islamic world’s slave trade as were in the Atlantic Trade. But the “Islamic Trade”, as he puts it, was different in the sense that it provided slaves more for domestic and military service than for plantation labor. Moreover, in the Islamic world, slaves were treated much more humanely than in the West.

Segal writes, “The treatment of slaves in Islam was overall more benign, in part because the values and attitudes promoted by religion inhibited the very development of a Western-style capitalism, with its effective subjugation of people to the priority of profit.”

The Holy Qur’an and the traditions of the Holy Prophet Mohammed (saaws) dealt in some detail with the issue of slavery and required that slaves be treated as people and not merely as possessions. The injunctions for masters to forgive their slaves “seventy times a day”, and “whoever separates a mother from her child, God will separate him from his dear ones on the day of resurrection”, are cited as examples. Consequently, the freeing of individual slaves was frequent and widespread in the Islamic world, a process that eventually led to their assimilation into society.

The basic guarantees granted to all individuals in Islam increasingly led to slaves standing up for their rights and even waging rebellions against the authorities. In 868 AC, a freed slave, Ali Ibn Muhammad, organized the slaves of the Iraqi marshes and waged a successful rebellion pillaging several towns including Basra. This uprising called the “Zanj rebellion” was finally crushed after Ali Ibn Muhammad was defeated outside the gates of Baghdad.

Some slaves, due to their proximity to the rulers, acquired great power and there are instances in which they were the ones actually pulling the strings behind the curtains of governance. As a matter of fact several rulers in the Islamic world in the Middle Ages had mothers who were slaves.

The longest ruling Fatimid Caliph in Egypt, al-Mustansir (1036-94) was the son of a Sudanese black “concubine”. Al-Mustansir was only seven when he ascended the caliphate and it was his mother who effectively ruled for the first 15 years of his reign.

During the Islamic reign in the Indian sub-continent, freed blacks, upon their conversion, took to calling themselves “Sayyad,” or descendants of the Prophet Mohammad (saaw) and became known as Siddis. In 1100 AC, they formed their own kingdoms in Janjira and Jaffrabad in western India. Also in India, Malik Ambar was the most illustrious slave to rise to power. He was a constant nuisance to Mughal Emperor Jahangir and on several occasions routed the royal army. Jahangir, who lost no chance to disparage Ambar, wrote in his own memoirs,”In the art of soldiering, Ambar was unique in his age.”

Slaves in other Islamic lands also enjoyed a unique position as well. The name of Abul Hasan Ali ibn Nafi popularly known as Ziryab deserves special mention here. Ziryab was a black singer, musician, and poet and a favorite of Andalusian ruler Abdul Rahman II. He founded a school of music, introduced the use of toothpaste, underarm deodorants and new hairstyles and the clean-shaven look for men. He also popularized the drinking of wine among Andalusian men. So great was his influence that despite a clear prohibition in the Holy Qur’an, the Andalusian jurists had to declare that the drinking of wine was permissible.

Concerning the relative good treatment of slaves in the Islamic world as compared to the Atlantic trade, Segal notes, “This is not to romanticize their condition. A slave was a slave for all that. Owners were endowed with such power over their slaves that few have failed to abuse it, more often in trivial but still humiliating, and sometimes in brutal, ways.”

Segal also covers the current survivals of slavery in Sudan and Mauritania and the controversy surrounding its reality. He raises the questions of the appeal of Islam to African-American communities and the perplexing refusal of Black Muslim leaders to acknowledge black slavery in modern-day Mauritania and Sudan. He fails in this endeavor, however, and ends up providing a history of African-American Muslims.

Segal’s lack of proficiency in Arabic, Persian and Swahili has forced him to rely on material available only in English.

The book, despite its flaws, has opened a wide-open field for further research. In the introduction Segal writes, ”There is a conscious and articulate black diaspora in the West that confronts the historical record of slavery and racism there. That Islam has no comparably conscious and articulate black diaspora to confront it with the reminders of slavery does not make that record immune to examination and judgment. Islam owes such an examination and judgment not only to itself but also to its victims. They have the right, most precious of all for the voiceless, to be heard.”

It is up to Muslims to further research this topic and come up with a more comprehensive study and confront this issue head on. It should also be noted that Islam cannot be blamed for the excesses which were committed and allegedly are still being committed in Sudan and Mauritania. Islam sought to wipe out slavery in a gradual process. But because of the social complexities, it was only in the last century that slavery was finally eradicated.

Also, You can read: The greatness of the Islamic arts