Who is Erwin Schrödinger ?:

Schrodinger’s biography shows that even with severe illness and family financial disaster, great accomplishment is possible. Born in 1887, in Austria, to a comfortable and educated Protestant family with some previous scientific connections, he was a gifted student in the local Gymnasium. His strengths and interests lay not only in the physics and math courses that he mastered with effortless enjoyment, but in languages, both ancient and modern, as well as poetry.

In 1914, at the age of 27, he achieved the highest possible academic degree, representing independent scholarship. This degree is called Habilitation. Almost immediately, WW I interrupted his studies and ruined his family financially. He taught at a variety of German institutions, but continued his work.

1933, Schrödinger with Dirac, the Nobel Prize for “the discovery of new productive forms of atomic theory.” During World War II forced Schrödinger escape from the war and then ended up at the University of Dublin, where he, like Einstein searched for a connection between the electromagnetic field theory and relativity. He was doing this and some general physics, and later moved back to Vienna, where he passed away in 1961 after a long illness. 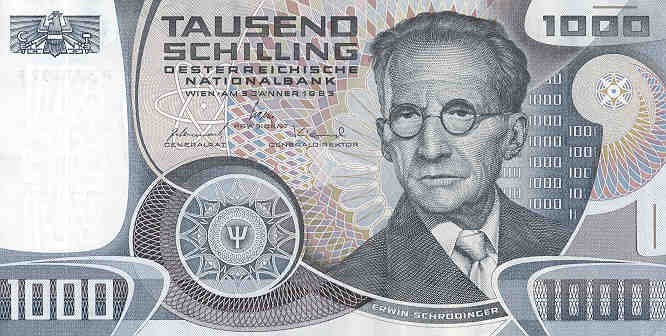 1935 Science and the Human Temperament. A selection of his popular German lectures and essays, translated by James Murphy. Plans for the book had been made in 1932, apparently in a cafe on the Linden in Berlin.

1944 What is Life?. The book grew out of a series of public lectures in Dublin, in 1943, of the same name. It was due to be printed by Cahill and Co. in Dublin, but controversial sections of the book lead Cahill to withdraw just prior to the book appearing. It was eventually published by the Cambridge University Press in 1944.

1946 Statistical Thermodynamics based on a course of lectures at D.I.A.S. Published by Cambridge University Press. Derives ult.

Shortlink For This article: https://www.photos-elsoar.com/?p=14763