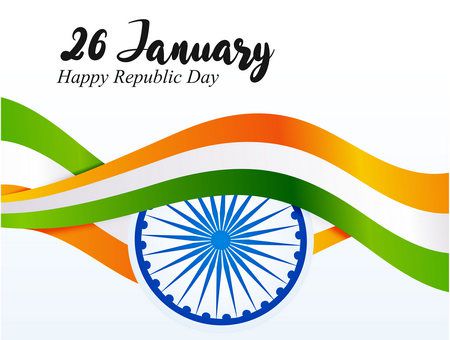 The republic day is considered as one of the three national days in India; it was that day when India became an independent republic on 26th January 1950.

Let’s take a look on the Indian regime before and after 26th January 1950 and the history of the republic day in brief. India achieved independence from British Raj on 15th August 1947 following the Indian independence movement noted for largely peaceful non-violent resistance and civil disobedience led by Mahatma Gandhi.

The Indian independence decision came from the parliament of the United Kingdom that divided the British India into two independent dominions of the British Commonwealth.

Thereafter India got its independence on 15th August 1947 as a constitutional monarchy by George VI as a head of state and Earl Mountbatten was governor general. The country didn’t have a permanent constitution; instead its laws were based on the modified colonial government of India action 1935.

On 28th August 1947, the drafted committee drafted a permanent constitution with Dr. Ambedkar as its chairman. After that date the Indian people celebrates with the Independence Day because they got their freedom from the British rule.

Thereafter the committee prepared a draft constitution assembly on 4th November 1947. The assembly was in sessions open to public for 166 days, spread for 2 years, 11 months and 18 days before the adopting of the constitution. Then on 24 January 1950, 308 members of the assembly signed two hand-written copies for the document, one in Indian language and one in English after making some modifications.

Two days later which was on 26th January 1950, the whole nation began new political system and Dr. Rajendra Prasad was represented as president of the Indian nation, the constituent assembly became the parliament of India under the transitional provisions of the new constitution.

So, on 26th January 1950, the Indian people celebrating the republic day every year to celebrate and honor that the constitution of India came into effect replacing the government of India with a democratic government system, completing the transition of the country to become an independent republic.

They also chose 26th January day to be the republic day because it was also the date when the declaration of Indian independence (Purna Swaraj) was proclaimed by the Indian national congress against the dominion status offered by British Regime in 1930 in Lahore.