On Father’s Day, I think everyone needs a lot of quotations and sayings on this wonderful occasion.

Here we provide you a lots of sayings and quotes, written in beautiful pictures and designs/images, for you.

There’s one sad truth in life I’ve found
While journeying east and west –
The only folks we really wound
Are those we love the best.
We flatter those we scarcely know,
We please the fleeting guest,
And deal full many a thoughtless blow
To those who love us best. ― Ella Wheeler Wilcox 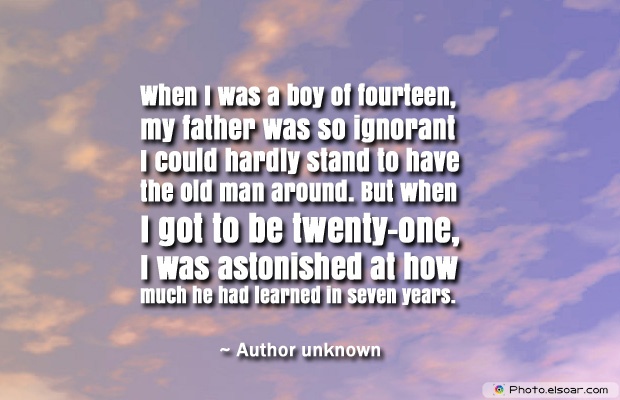 When I was a boy of fourteen, my father was so ignorant I could hardly stand to have the old man around. But when I got to be twenty-one, I was astonished at how much he had learned in seven years. ― Author unknown

commonly attributed to Mark Twain but no evidence has yet been found for this (Thanks, Garson O’Toole!) quoteinvestigator.com/2010/10/10/twain-father 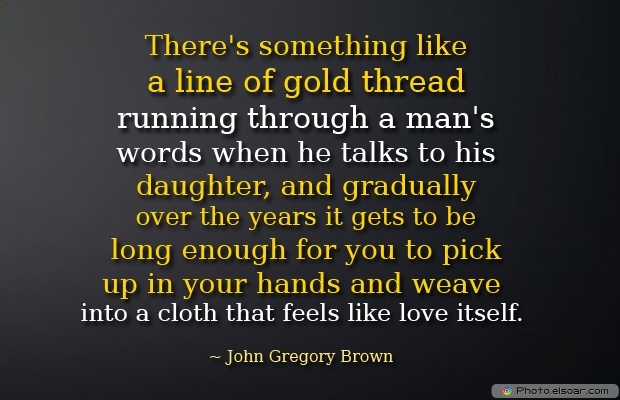 There’s something like a line of gold thread running through a man’s words when he talks to his daughter, and gradually over the years it gets to be long enough for you to pick up in your hands and weave into a cloth that feels like love itself. ― John Gregory Brown 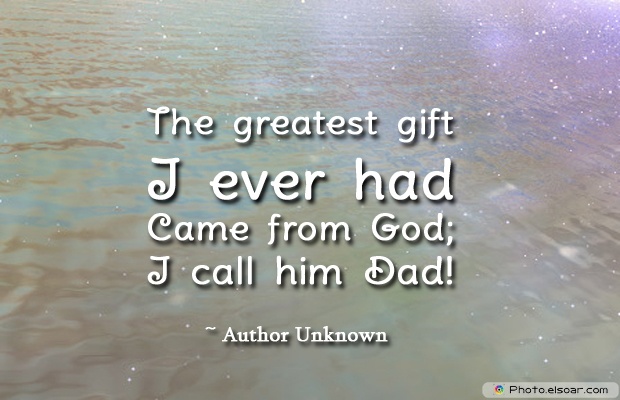 The greatest gift I ever had
Came from God; I call him Dad! ― Author Unknown 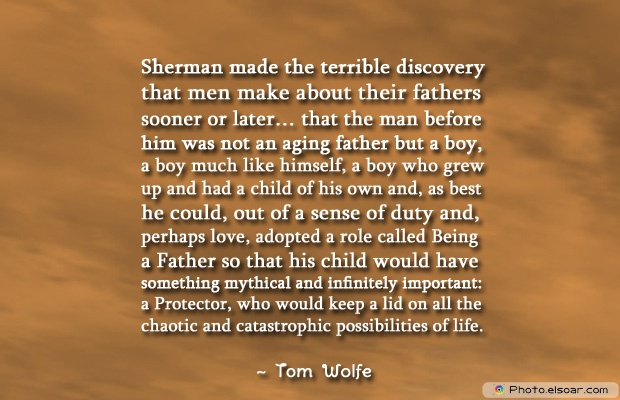 Sherman made the terrible discovery that men make about their fathers sooner or later… that the man before him was not an aging father but a boy, a boy much like himself, a boy who grew up and had a child of his own and, as best he could, out of a sense of duty and, perhaps love, adopted a role called Being a Father so that his child would have something mythical and infinitely important: a Protector, who would keep a lid on all the chaotic and catastrophic possibilities of life. ― Tom Wolfe / The Bonfire of the Vanities 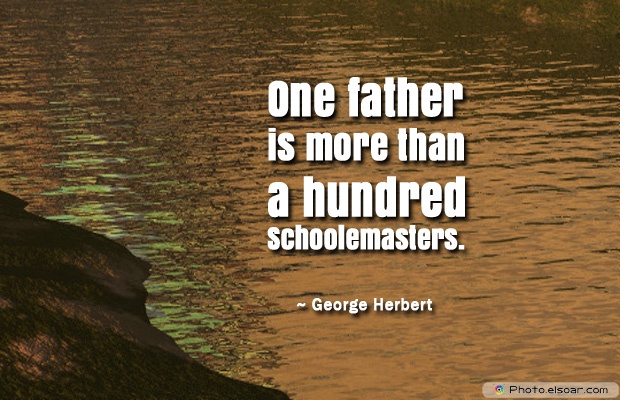 One father is more than a hundred Schoolemasters. ― George Herbert / Outlandish Proverbs, 1640 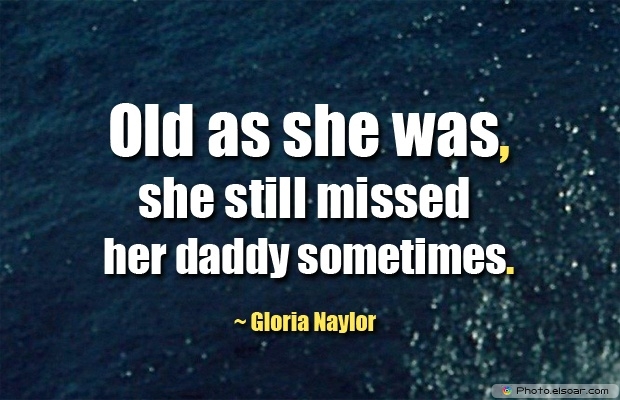 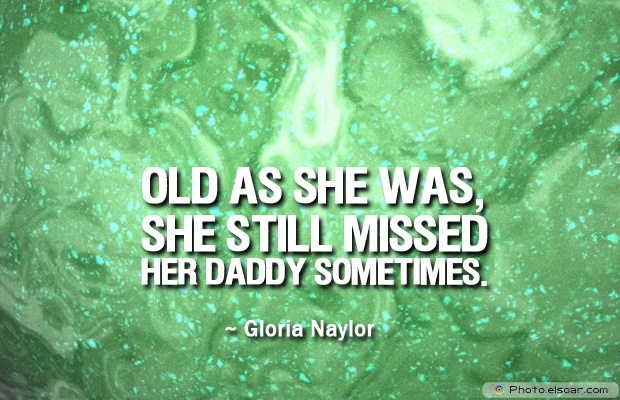 Old as she was, she still missed her daddy sometimes. ― Gloria Naylor 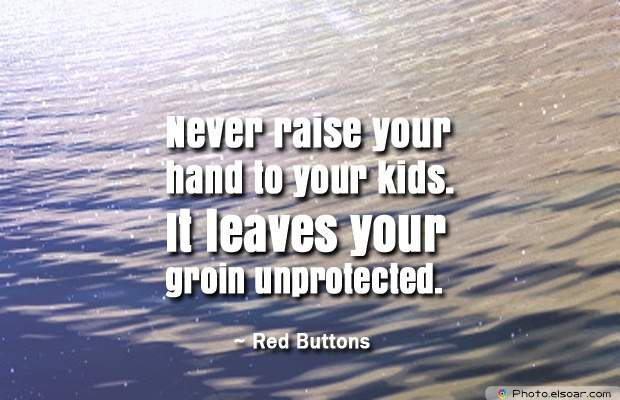 Never raise your hand to your kids. It leaves your groin unprotected. ― Red Buttons 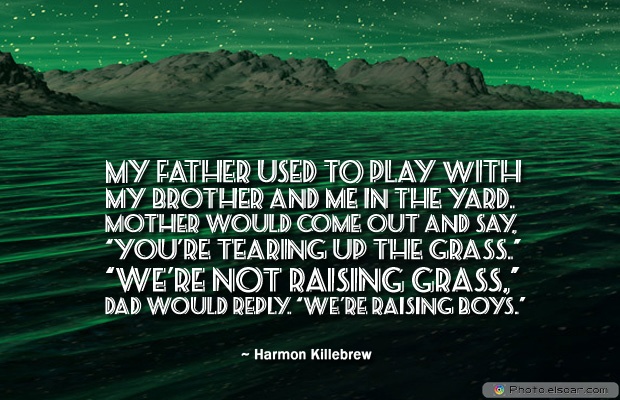 My father used to play with my brother and me in the yard. Mother would come out and say, “You’re tearing up the grass.” “We’re not raising grass,” Dad would reply. “We’re raising boys.” ― Harmon Killebrew 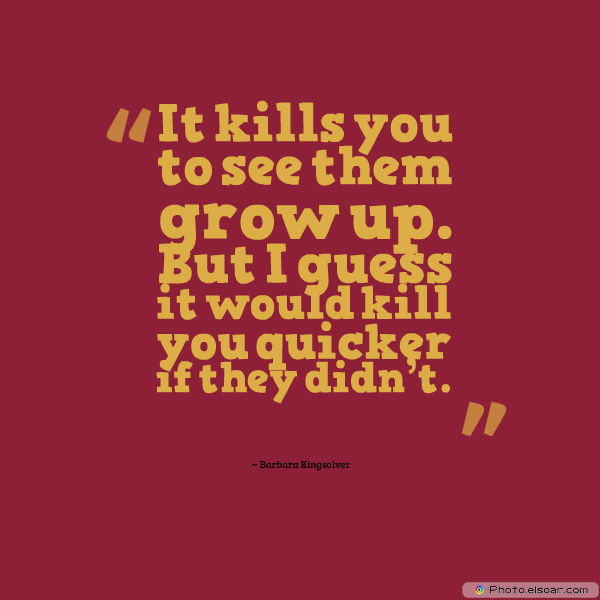 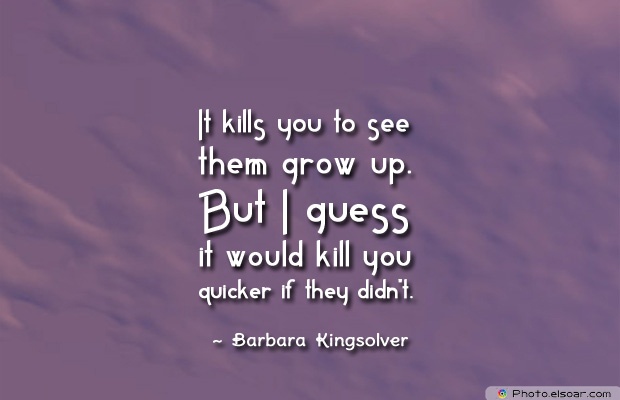 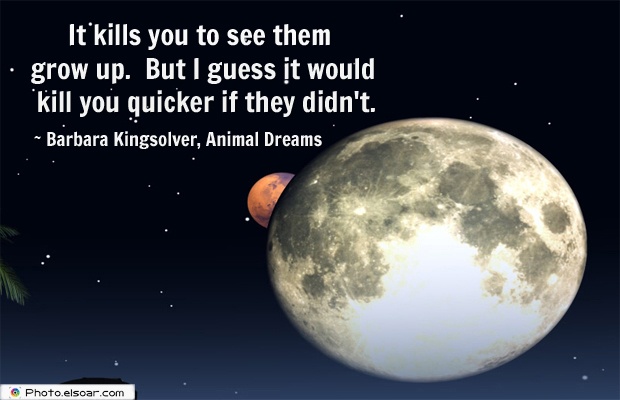 It kills you to see them grow up. But I guess it would kill you quicker if they didn’t. ― Barbara Kingsolver / Animal Dreams 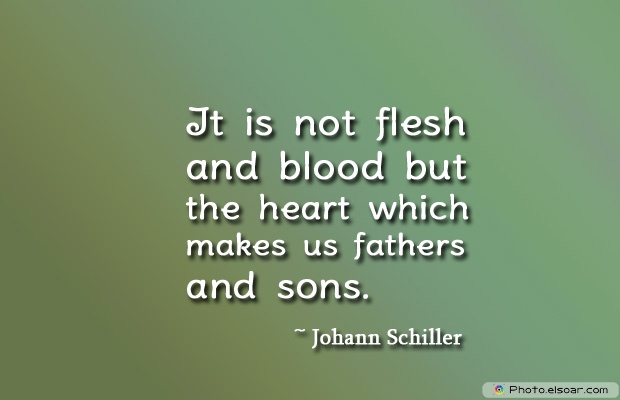 It is not flesh and blood but the heart which makes us fathers and sons. ― Johann Schiller 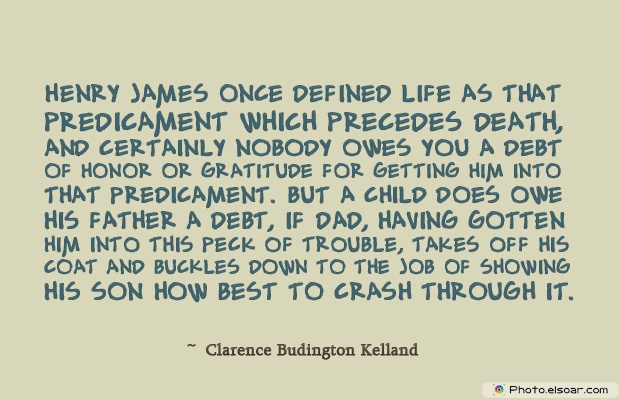 Henry James once defined life as that predicament which precedes death, and certainly nobody owes you a debt of honor or gratitude for getting him into that predicament. But a child does owe his father a debt, if Dad, having gotten him into this peck of trouble, takes off his coat and buckles down to the job of showing his son how best to crash through it. ― Clarence Budington Kelland

He didn’t tell me how to live; he lived, and let me watch him do it. ― Clarence Budington Kelland 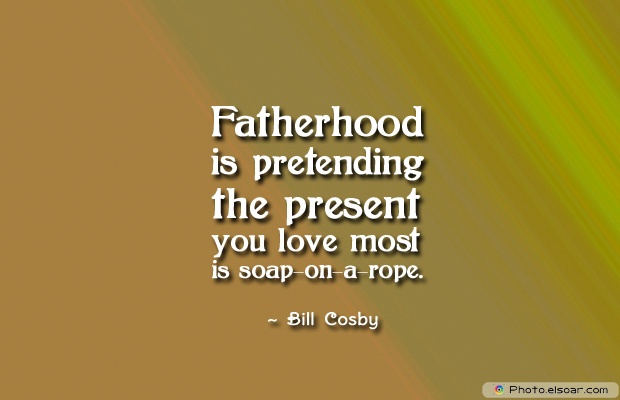 Fatherhood is pretending the present you love most is soap-on-a-rope. ― Bill Cosby

Father! — to God himself we cannot give a holier name. ― William Wordsworth 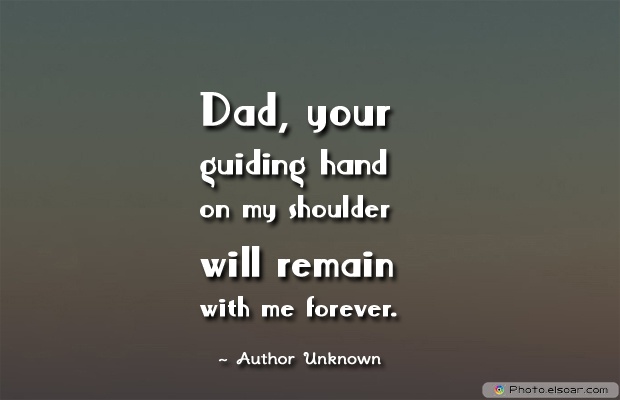 Dad, your guiding hand on my shoulder will remain with me forever. ― Author Unknown

Dad, you’re someone to look up to no matter how tall I’ve grown. ― Author Unknown

Blessed indeed is the man who hears many gentle voices call him father! ― Lydia M. Child 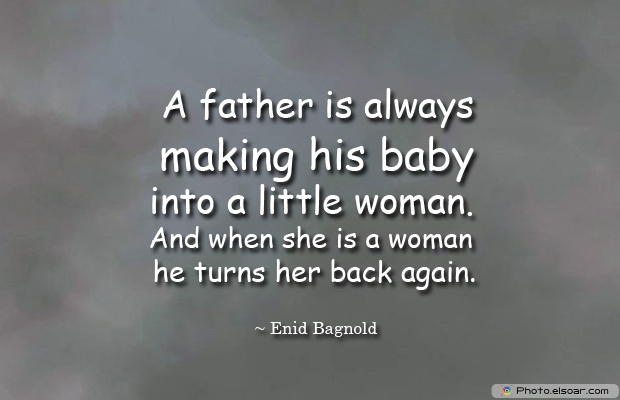 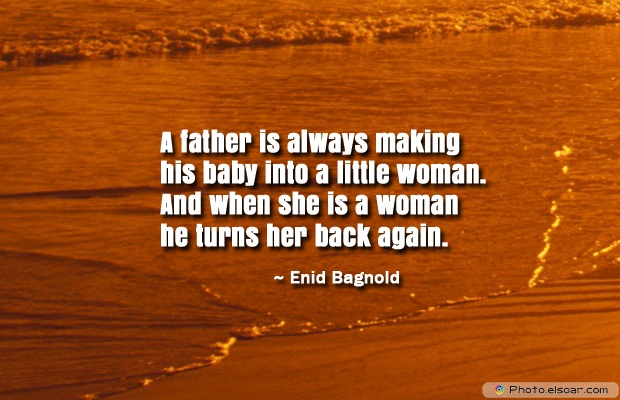 A father is always making his baby into a little woman. And when she is a woman he turns her back again. ― Enid Bagnold 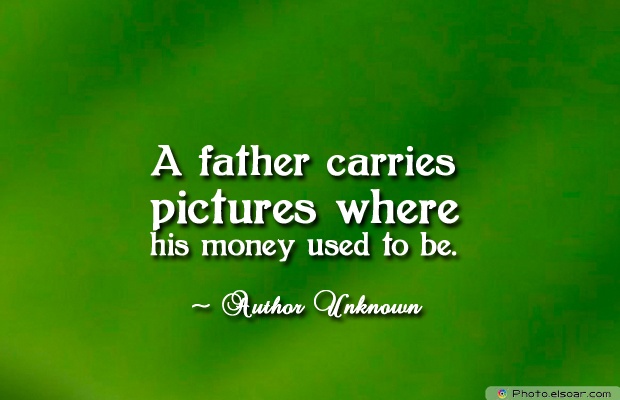 A father carries pictures where his money used to be. ― Author Unknown

1 thought on “Father’s Day Quotes and Sayings (in Pictures)”