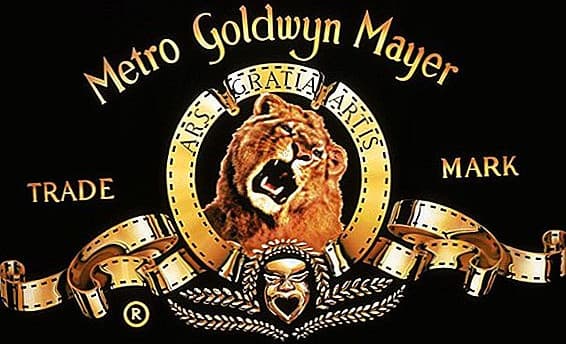 In our Profile series, we continue presenting the Major Studios in Motion Picture productions. These huge media conglomerates contributed and continue to influence the globalized world. Profiling them will allow us to Understand:

Today, we are profiling Metro Goldwyn Mayer (MGM), the supreme motion picture corporation that is a product of the 1981 merger between the MGM Pictures and United Artists Pictures (UA) film studios. Metro Goldwyn Mayer is one of the oldest and most influential studios in motion picture history. Many of Hollywood’s most famous movies were produced under the banner of either MGM or United Artists, including Gone With the Wind (1939), High Noon (1950), Midnight Cowboy (1969), One Flew Over the Cuckoo’s Nest (1975), Annie Hall (1977), and Rain Man (1988).

Battered by restructuring and a series of corporate takeovers in the 1980s, MGM slid from its position as a major Hollywood studio. United Artists Pictures became a subsidiary of MGM after a major restructuring in 1992. But a string of hits in the mid 1990s restored MGM and its UA subsidiary.

The Creation and Expansion of MGM:

In 1916, Samuel Goldwyn formed The Goldwyn Picture Corporation and introduced a roaring lion (Leo) as the trademark for his movies. In 1924, Goldwyn’s studio merged with Metro Pictures and with Louis Mayer Pictures to form MGM. Louis Mayer served as vice president and general manager of MGM, gaining notoriety for his commanding, even dictatorial management style. Irving Thalberg ran the new company’s production division and developed MGM’s reputation for producing highly polished, technically sophisticated films. Ben-Hur (1925) became the first in a long string of MGM blockbusters that also included Grand Hotel (1932), Boys Town (1938), Gone With the Wind, and The Wizard of Oz (1939).

The studio later became known for its lavish musicals, such as Singing in the Rain (1952) and for its epic dramas, such as Doctor Zhivago (1965).

Loew’s Theatrical Enterprises, a chain of movie theaters throughout the United States, had owned controlling interest in MGM since the company was formed in 1924. Loew’s had a virtual monopoly on the studio’s film distribution in the United States, using MGM to provide its cinemas with a steady and exclusive supply of new films. In 1948, the Supreme Court of the United States ruled these kinds of exclusive arrangements between motion picture studios and theaters to be illegal. Loew’s fought the ruling, but eventually sold its interest in MGM in 1959.

MGM suffered from power struggles among a series of corporate executives during the 1960s until financier Kirk Kerkorian took over the studio in 1970. In 1973, Kerkorian turned over most of MGM’s U.S. distribution to United Artists, a studio that had been formed in 1919 by silent-film stars Mary Pickford, Charlie Chaplin, and Douglas Fairbanks. Also involved was director D. W. Griffith. Kerkorian acquired United Artists in 1974 and formed the MGM/UA Entertainment Company.

In 1986, cable television tycoon Ted Turner purchased MGM’s film library for almost $500 million. The studio reorganized and changed its name again, to MGM/UA Communications Company. By the late 1980s, the studio had begun losing money, and in 1990 Kerkorian sold the company to Italian financier Giancarlo Parretti for $1.3 billion. In 1992, after Parretti defaulted on the loans he took out to buy MGM, the French bank Credit Lyonnais took control of the struggling studio. In late 1996, a team of investors that bought MGM from Credit Lyonnais for $1.3 billion.

Stargate (1994) became the first MGM picture in three years to make a considerable profit at the box office, grossing over $40 million. Goldeneye (1995) then became the most profitable installment of the popular James Bond series, grossing over $350 million. Several hits followed.

Goldwyn, Samuel (1882-1974), American motion picture producer, born in Warsaw, Russia (now in Poland). When he arrived in the United States in 1896, his surname was changed to Goldfish. He became a naturalized U.S. citizen in 1902. In 1913, he entered the film business, forming with partners Jesse Lasky and Cecil B. De Mille. They made up the Jesse L. Lasky Feature Play Company, which released its first film, The Squaw Man in 1914. Three years later, he formed Goldwyn Pictures Corporation (with Edgar and Archibald Selwyn) and the following year adopted the company’s name as his own. In 1922, Goldwyn was forced out of the corporation after quarreling with his partners, and later merged with Metro Pictures and Louis B. Mayer Productions to form Metro Goldwyn Mayer (MGM).

Mayer, Louis (1885-1957), American motion picture executive that was for 25 years the most powerful producer in Hollywood. He was born in Minsk (now in Belarus), and three years later his parents moved with him to Canada. In 1907, Mayer moved to the United States and became a naturalized citizen in 1912. He was a film distributor and theater manager in New England. In 1916, he moved to Los Angeles and formed his own producing company that became known as Metro-Goldwyn-Mayer (MGM) in 1924 after a series of mergers. As production chief of MGM from 1924 to 1951, he discovered many of the screen’s greatest stars, producers, writers, and directors.

Among his outstanding successes were The Big Parade (1925), Ben Hur (1926), Grand Hotel (1932), Dinner at Eight (1933), and the Andy Hardy series. The last-named are prototypical of Mayer’s favorite projects; they were family oriented, uplifting, patriotic, and bittersweet.

With its movies winning over audiences once again, the company began expanding and creating new divisions, including MGM Worldwide Television (a television production studio), MGM Animation (an animated-film studio), and MGM Interactive (a multimedia entertainment company).