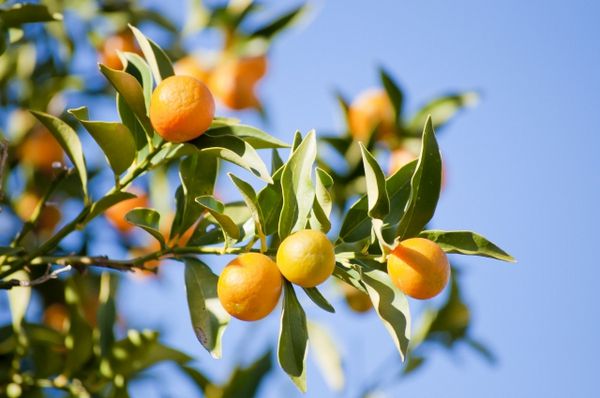 We will talk about the definition of Fruit trees and their types all over the world.

First, the fruit tree is one of the trees’ types which produce fruit for people as a kind of their food. These trees provide animals with food as well.

Pomology (a section in botany science which studies fruit) categorized fruits into groups according to their forms and their specific structural features. There are many different types of fruit trees, and we will discuss some of them in brief.

Citrus is a kind of fruits that produced by flowering plants, it was cultivated since ancient times; their origin is in parts of southeast area such as northeast India and China. These fruits are such as oranges and lemons.

Avocado is member of flowering plants; it contains a large seed inside it, its origin is in Mexico to California. In general, Avocado trees are cultivated in Mediterranean climates. The different types of Avocado trees are Cold Hardy, Hass, and Condo Indoor Avocado tree.

Tropical fruits are planted in high temperature climatic area as in the tropical rainforest; these fruits are now exported to European and American markets. The most known examples for the tropical trees are Babaco, African cherry orange, Acai, Banana, Black apple and Bread fruit.

Pome fruits are kind of fruits that produced by flowering plants from rose family, such as apples and pear.

Stone fruits are also called drupe, they are characterized by having a fleshy outer part in which a hard shell with seed inside. They originated in China and central Asia. The most common examples for that kind of fruits are mango, peaches, nectarines, and cherries. You can use this kind of fruits in cooking as well.

Apricots are two types, The Apricots that are the fruits or the trees that produce the fruits. The Apricot is a small tree with leaves in ovate shape; they are flowered in pairs or singly in early spring, it was known in Ancient times in area which called Armenia. Its origins are Armenia, China and Japan.

Plum is considered the first fruit to be domesticated by humans, it was known in Neolithic age as we found some remains of it in the archaeological sites related to this period. Plum is characterized by its fleshy outer part with single hard seed inside, and soft peel.

Plums are grown in the European countries. The most common types of Plums are Damson with Purple or black skin, Greengage with green skin, Mirabelle with yellow skin, Satsuma plum with red skin, Victoria with yellow are red mottled skin and the golden plum.

Plum is considered a very important source of energy for the human body.

Quince is kind of fruit trees that bear the pome fruits. This kind of trees was grown for its attractive pink blossoms not only to be eaten. Quince is cultivated in warm-temperature climate, so it was produced in Turkey, China, Morocco and it was cultivated in European countries in summer.

There are more and more examples for the fruit trees such as Bael, Pomelo, Almond, and Loquat, etc… But they need more than one article to be discussed in detail.