When we want to invite someone to a party, the first thing that comes to mind is the appropriate expression. Now the [Party Invitation] is the first destination.

What about inspirational quotations and famous sayings as ideas for these Invitations?, a good idea! let’s take a closer look. 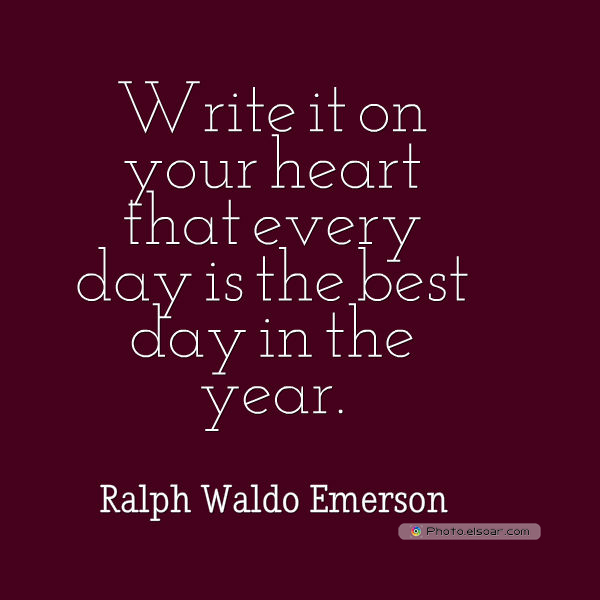 Write it on your heart that every day is the best day in the year. ~ Ralph Waldo Emerson 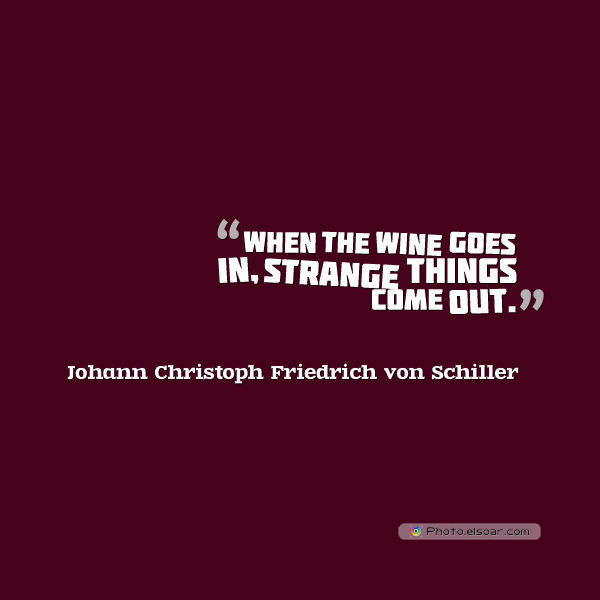 When the wine goes in, strange things come out. ~ Johann Christoph Friedrich von Schiller – The Piccolomini, 1799 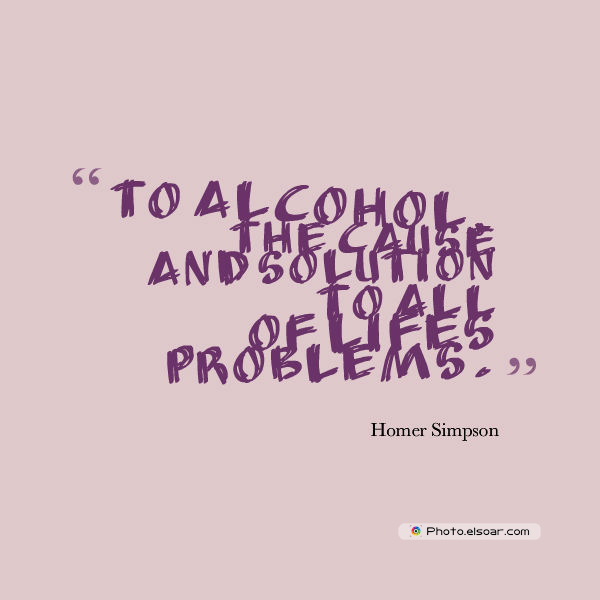 To alcohol, the cause and solution to all of life’s problems. ~ Homer Simpson 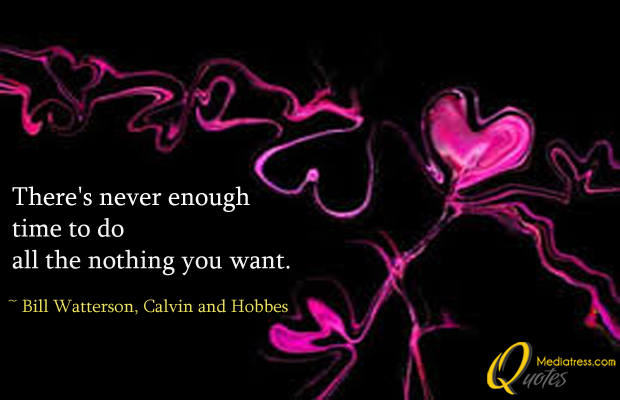 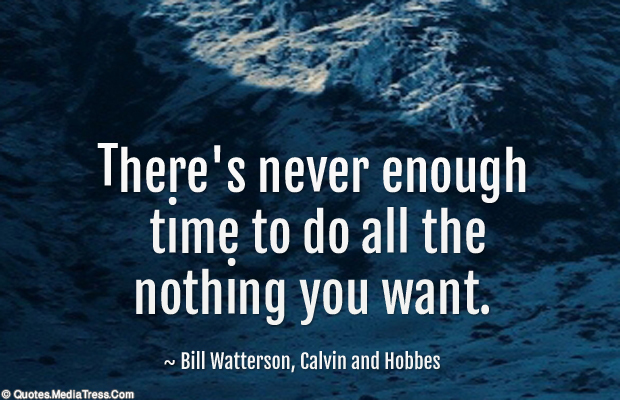 There’s never enough time to do all the nothing you want. ~ Bill Watterson – Calvin and Hobbes 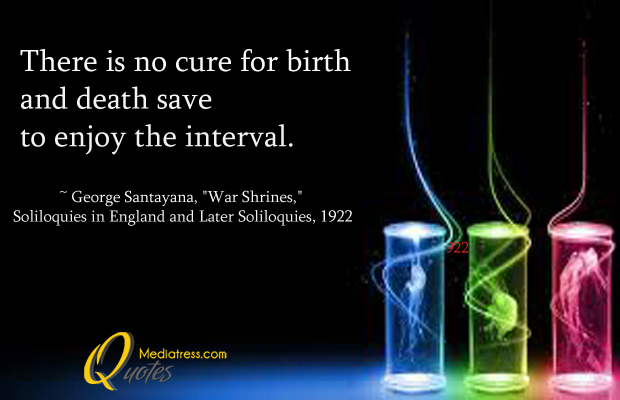 There is no cure for birth and death save to enjoy the interval. ~ George Santayana – “War Shrines,” Soliloquies in England and Later Soliloquies, 1922 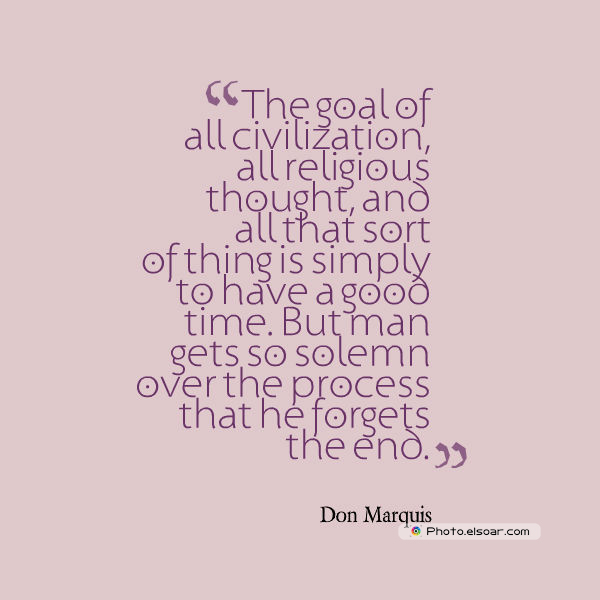 The goal of all civilization, all religious thought, and all that sort of thing is simply to have a good time. But man gets so solemn over the process that he forgets the end. ~ Don Marquis 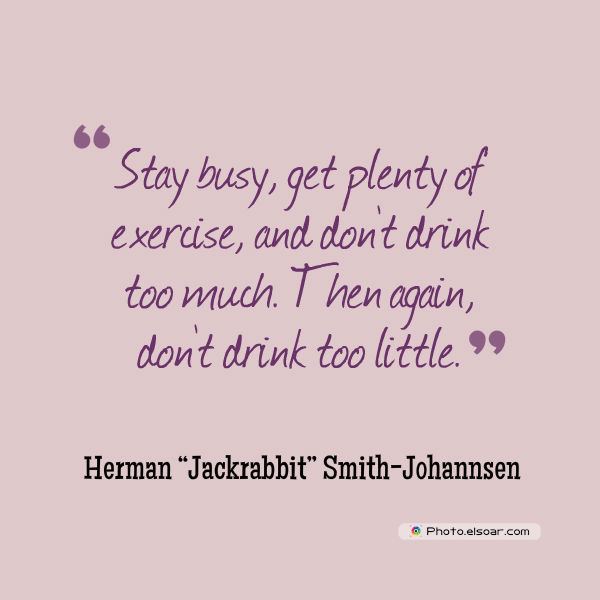 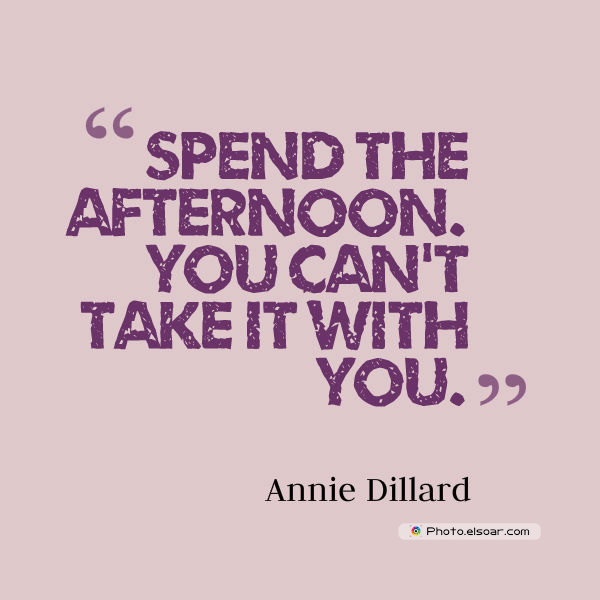 Spend the afternoon. You can’t take it with you. ~ Annie Dillard 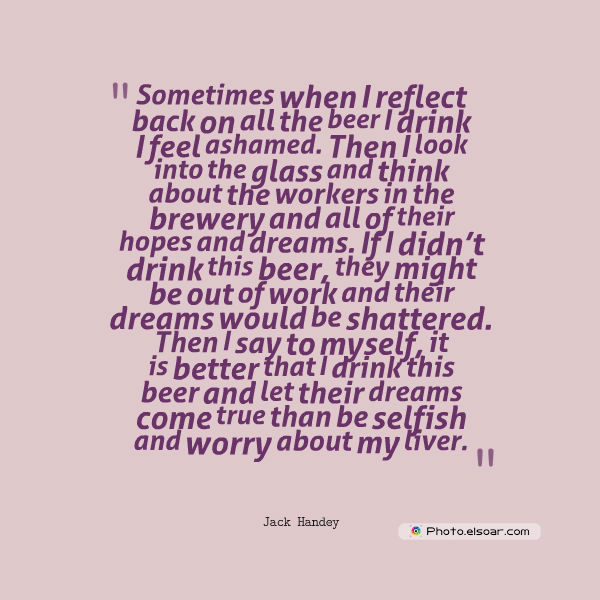 Sometimes when I reflect back on all the beer I drink I feel ashamed. Then I look into the glass and think about the workers in the brewery and all of their hopes and dreams. If I didn’t drink this beer, they might be out of work and their dreams would be shattered. Then I say to myself, it is better that I drink this beer and let their dreams come true than be selfish and worry about my liver. ~ Jack Handey 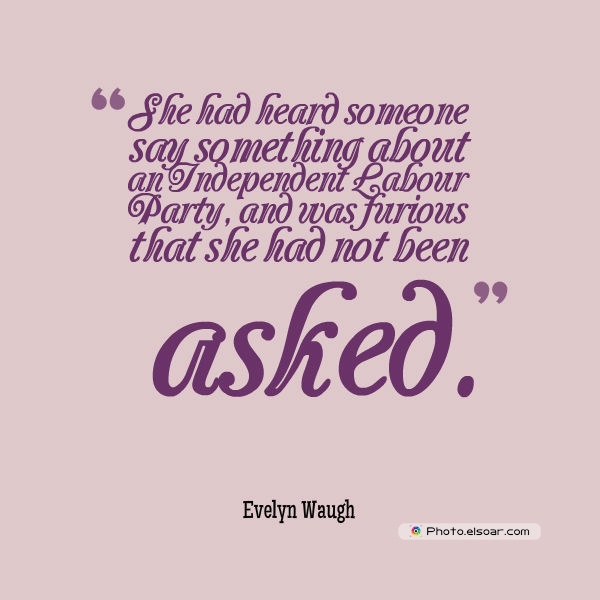 She had heard someone say something about an Independent Labour Party, and was furious that she had not been asked. ~ Evelyn Waugh 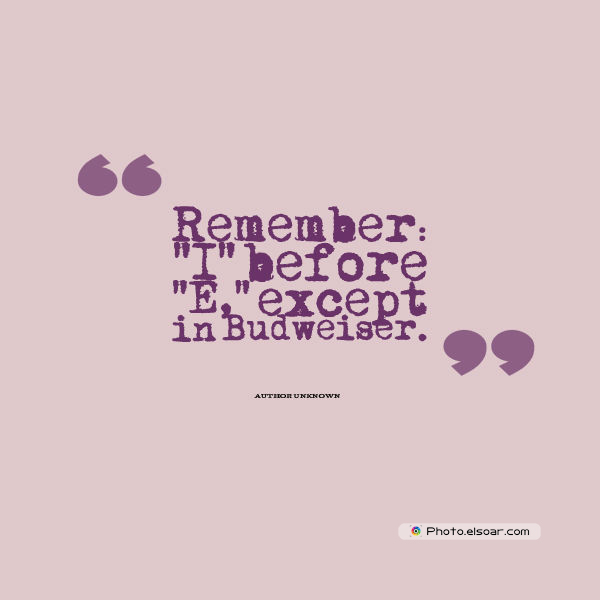 Remember: “I” before “E,” except in Budweiser. ~ Author Unknown 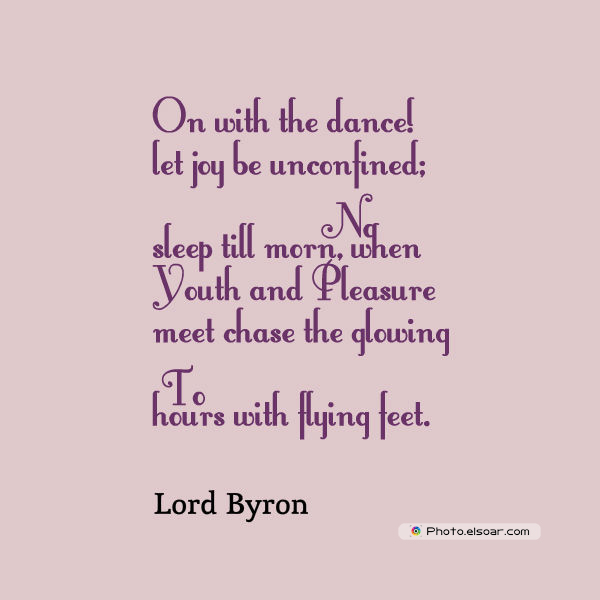 On with the dance! let joy be unconfined;
No sleep till morn, when Youth and Pleasure meet
To chase the glowing hours with flying feet. ~ Lord Byron – Childe Harold’s Pilgrimage 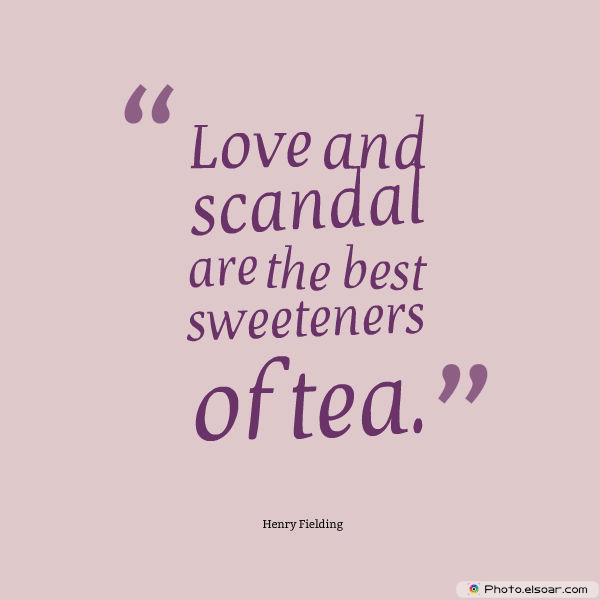 Love and scandal are the best sweeteners of tea. ~ Henry Fielding – “Love in Several Masques” 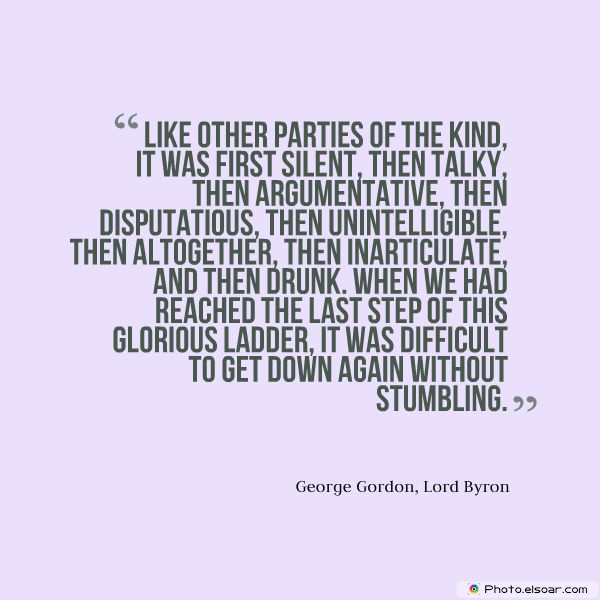 Like other parties of the kind, it was first silent, then talky, then argumentative, then disputatious, then unintelligible, then altogether, then inarticulate, and then drunk. When we had reached the last step of this glorious ladder, it was difficult to get down again without stumbling. ~ George Gordon, Lord Byron 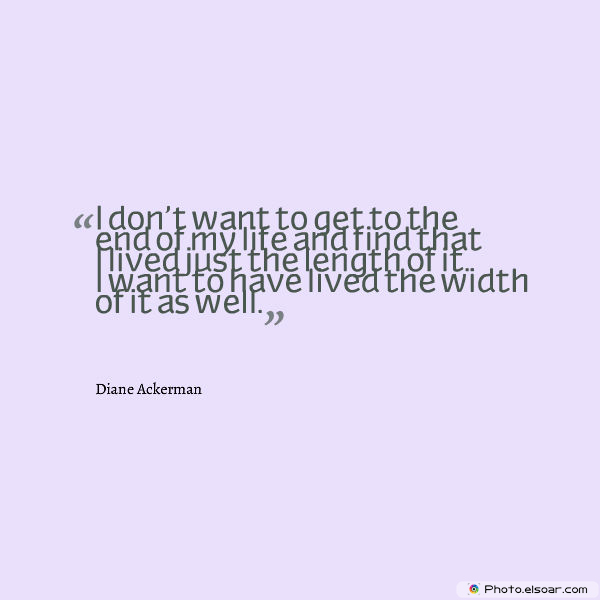 I don’t want to get to the end of my life and find that I lived just the length of it. I want to have lived the width of it as well. ~ Diane Ackerman 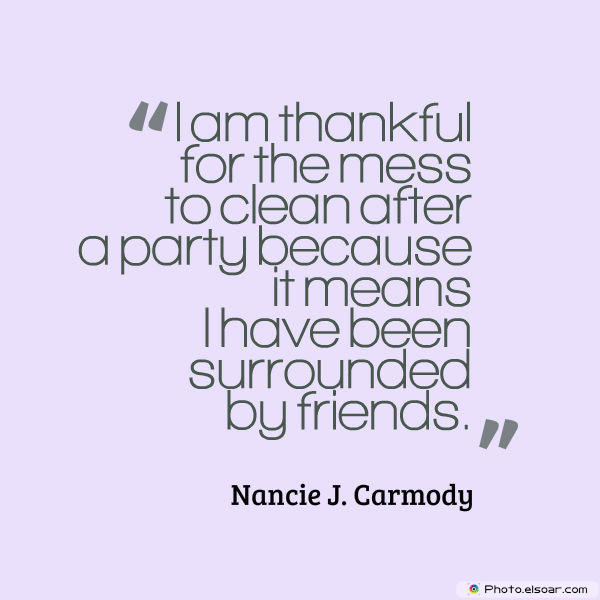 I am thankful for the mess to clean after a party because it means I have been surrounded by friends. ~ Nancie J. Carmody 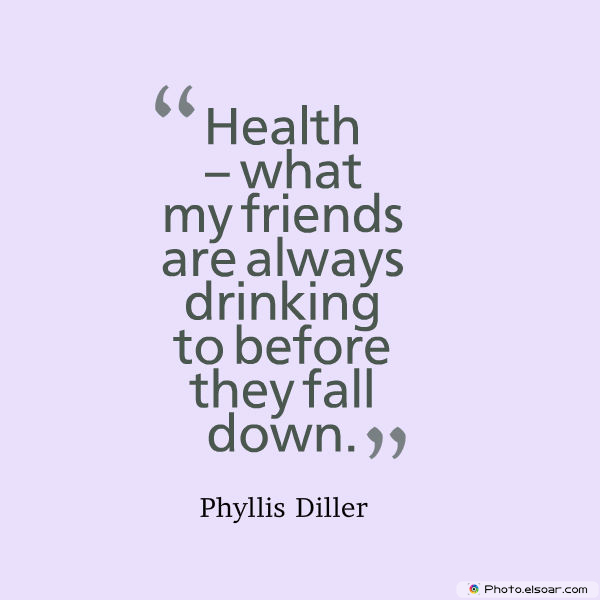 Health – what my friends are always drinking to before they fall down. ~ Phyllis Diller 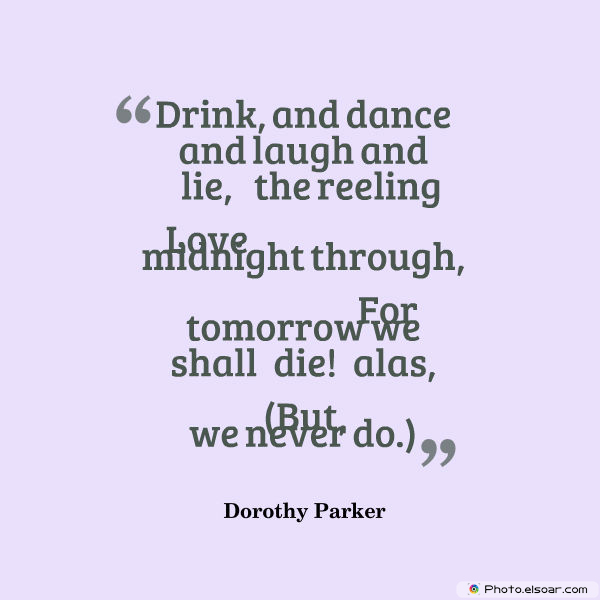 Drink, and dance and laugh and lie,
Love the reeling midnight through,
For tomorrow we shall die!
(But, alas, we never do.) ~ Dorothy Parker 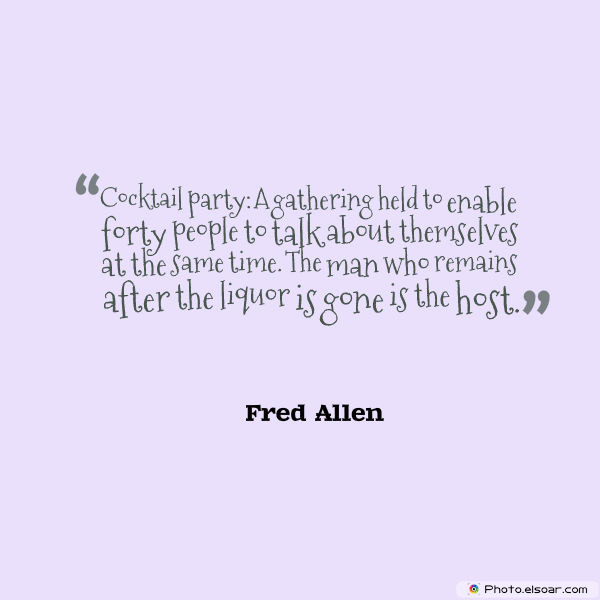 Cocktail party: A gathering held to enable forty people to talk about themselves at the same time. The man who remains after the liquor is gone is the host. ~ Fred Allen 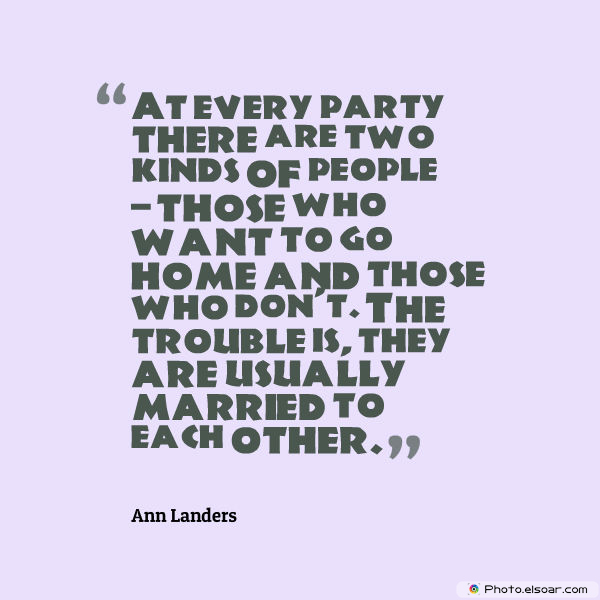 At every party there are two kinds of people – those who want to go home and those who don’t. The trouble is, they are usually married to each other. ~ Ann Landers 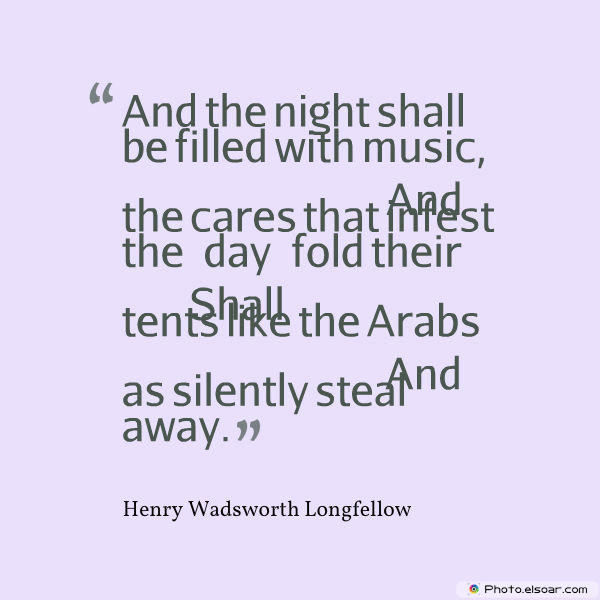 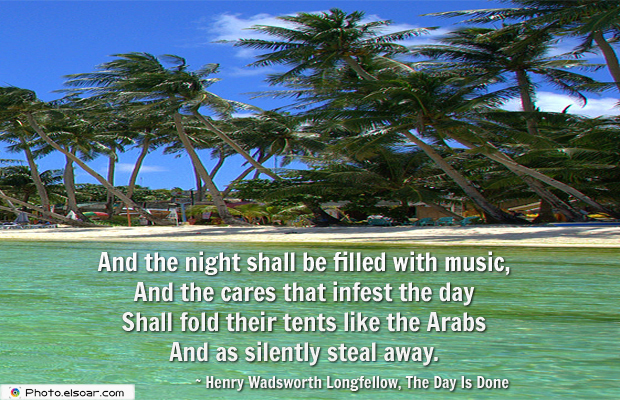 And the night shall be filled with music,
And the cares that infest the day
Shall fold their tents like the Arabs
And as silently steal away. ~ Henry Wadsworth Longfellow – The Day Is Done 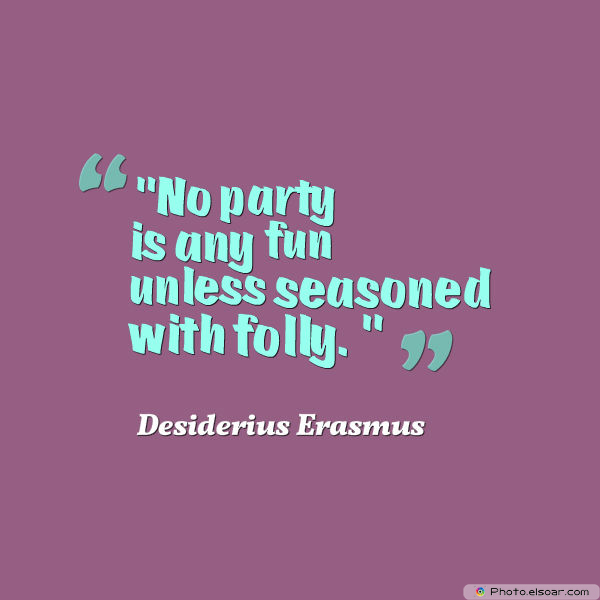 [N]o party is any fun unless seasoned with folly. ~ Desiderius Erasmus