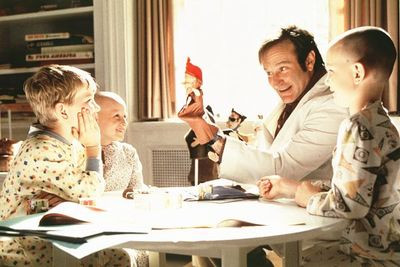 Imagine yourself in a rich, prosperous country where there is a surplus in food; the dream of others is to immigrate and live there. Imagine this “shiny” country has the most sophisticated research centers, the “top notch” technologies, the best health providers, but has eleven million children without access to healthcare.

Imagine the system is not led by God’s will, but by the power of money, which dictates no general access to the health services; the insurances (HMOs) will choose who is eligible to medical treatment and who is not; so they can keep people’s money in their coffers.

In this democratic system, society should be protected. Majority has the right to access to the necessary needs which we called Human Rights. The individualist, selfish, mentality will destroy the American and human society. The relationship between the doctor and the patient is transformed from a humanitarian to a business relationship; the patient is considered a client. All these problems are treated in the movie ” Patch Adams ” brilliantly.

Hunter “Patch” Adams (Robin Williams) believes that laughter is literally the best medicine, and nothing will stop him from bringing his vision to the medical profession. When not irritating his professors, Patch spends his free time at the hospital, entertaining kids and adults alike, even though medical students aren’t allowed to see patients until the third year of medical school. By the time graduation rolls around, Patch has already established a home where people can come for free medical treatment.

Of course, it isn’t always a smooth ride, and this is where Patch Adams falls victim to a predictable plot. After building his peers’ confidence in his venture and getting them to believe in him, tragedy strikes, and Patch loses faith in his own cause. His friends feel betrayed; even his enemies encourage him. The dramatic confrontation with the medical institution is obvious. But when his friends, patients and peers rally behind him, Patch triumphs over all. He claims defending a noble cause; helping others helps him forget his own problems.

Still, this is Robin Williams we’re talking about, and he brings a magic and charm to this character that no one else could. The film’s best moments come at the beginning when Patch is self-committed at a mental institution and helps his roommate overcome his fears of imaginary squirrels by shooting them with an invisible gun.

Laugh, cry, dream, a rather normal Robin Williams film and well worth watching. The current issue of limited patient/doctor relationships, HMO’s and socialized medicine are all good points that are exposed in the movie.

Patch Adams is an excellent movie that reveals something important about the medical profession, and done with a humorous flair in the form of a dramatic movie.

In the world of medicine there is rarely any sign of humor. In Patch Adams, Robin Williams gives a performance worthy of an Oscar as a medical student who patches the wounds of the sick and dying with humor and sensitivity. Williams takes on the role of Patch Adams, who went from admitting himself into a hospital for the mentally ill, to becoming one of the most beloved and misunderstood of a class of medical students. Not only does this movie provide laughs, but it also presents to the audience the touching true story of a medical student who proves the laughter is the best medicine.

The movie is a great inspiration since it is a true story. Hunter Patch Adams is a real guy who in the 60’s attempted suicide and went to a mental institute. There, while bonding with patients, he realized he wanted to be a doctor. The movie isn’t just laughs and him dressed as a clown; there are plenty of emotional moments as well.

The script is based on the 1993 book by doctor Hunter “Patch” Adams, who stood in front of a committee to be trialed for his unconventional methods and often enraged the medical establishment by his use of humor and emotional bonding, (breaking down the wall between patient and physician) as part of the healing process.

Patch Adams tried to correct the system, to question the cold relationship between human beings, and particularly the intimate one between the doctor and his patient: Where are we going in this materialistic Western society, where is the human feeling, where is the human touch in our lives? As Muslims, we adhere to these concerns, we are a part of this society and we want this change to take place. Indeed we have to question ourselves:

Isn’t it better that Muslim physicians offer what Patch Adams is offering in his West Virginia clinic, a free cosultation for needy people? Isn’t it Islamically required for Muslim doctors to volunteer and create medical NGOs? Isn’t it an obligation for Muslims to be a positive influence in this society?

I think watching this humanitarian movie, gives us an opportunity to question our involvement in the American (and Western) society: are we doing enough to spread Islamic values?