System Administrator! It’s a strange word, is not it? Well, it is not so for millions of people around the world. So we are here for these people.

Quotations and sayings in beautiful pictures. 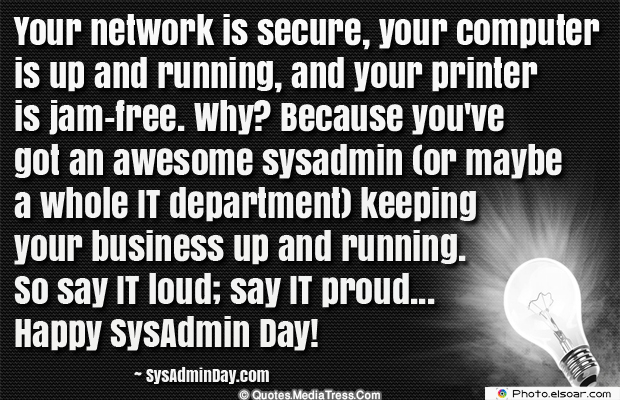 Your network is secure, your computer is up and running, and your printer is jam-free. Why? Because you’ve got an awesome sysadmin (or maybe a whole IT department) keeping your business up and running. So say IT loud; say IT proud… Happy SysAdmin Day! ~ SysAdminDay.com 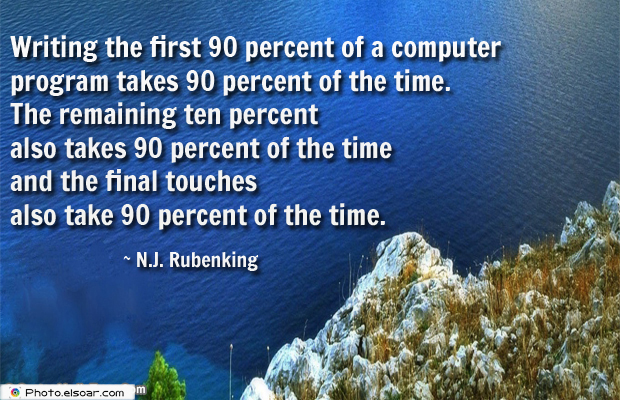 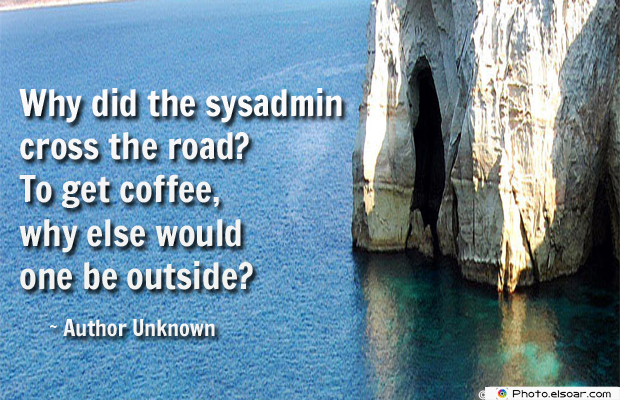 Why did the sysadmin cross the road? To get coffee, why else would one be outside? ~ Author Unknown 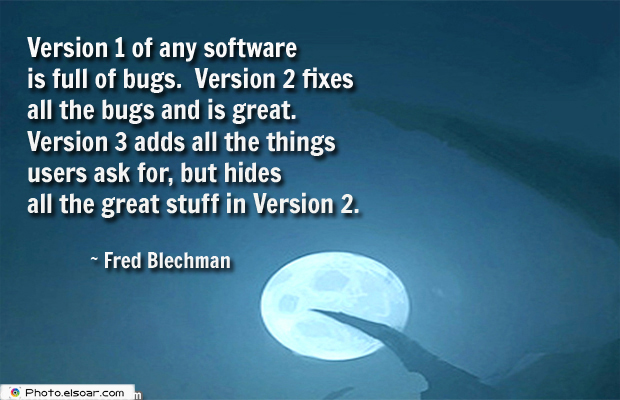 Version 1 of any software is full of bugs. Version 2 fixes all the bugs and is great. Version 3 adds all the things users ask for, but hides all the great stuff in Version 2. ~ Fred Blechman 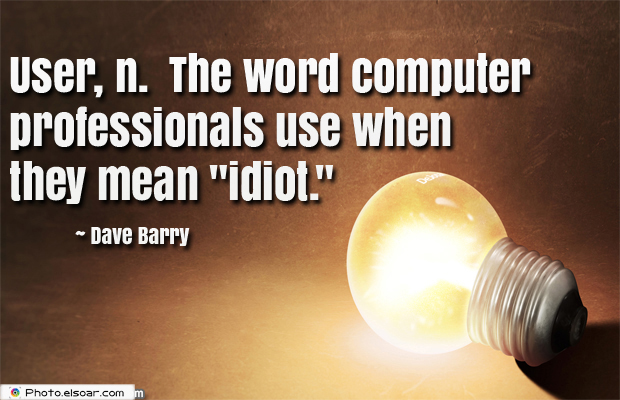 User, n. The word computer professionals use when they mean “idiot.” ~ Dave Barry 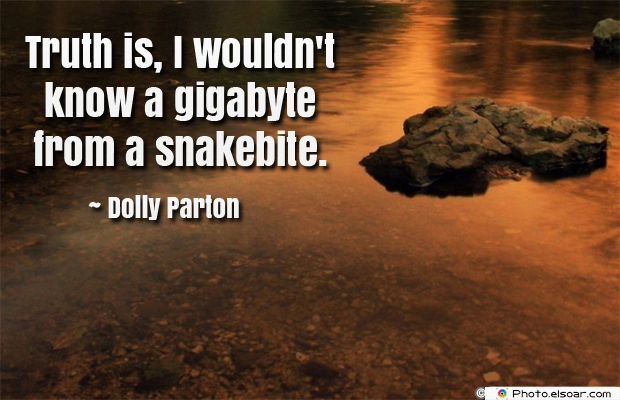 Truth is, I wouldn’t know a gigabyte from a snakebite. ~ Dolly Parton 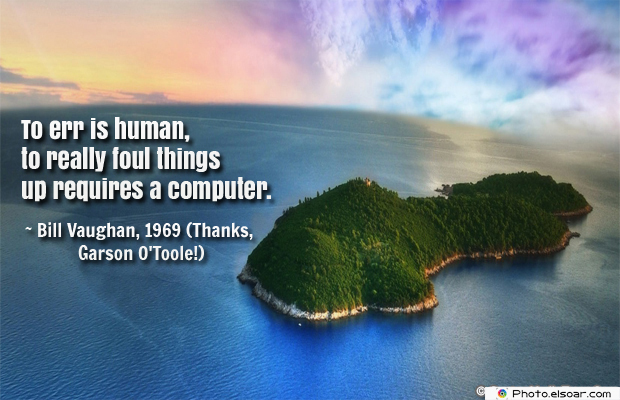 To err is human, to really foul things up requires a computer. ~ Bill Vaughan – 1969 (Thanks, Garson O’Toole!)

Those parts of the system that you can hit with a hammer (not advised) are called hardware; those program instructions that you can only curse at are called software. ~ Author Unknown 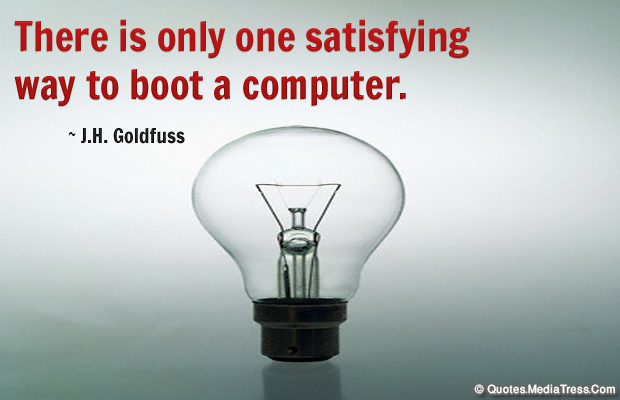 There is only one satisfying way to boot a computer. ~ J.H. Goldfuss 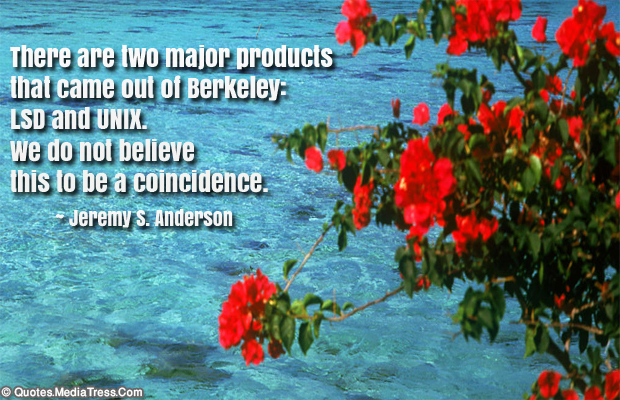 There are two major products that came out of Berkeley: LSD and UNIX. We do not believe this to be a coincidence. ~ Jeremy S. Anderson 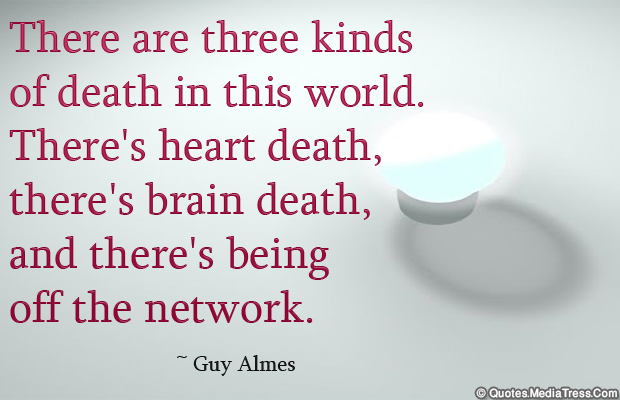 There are three kinds of death in this world. There’s heart death, there’s brain death, and there’s being off the network. ~ Guy Almes 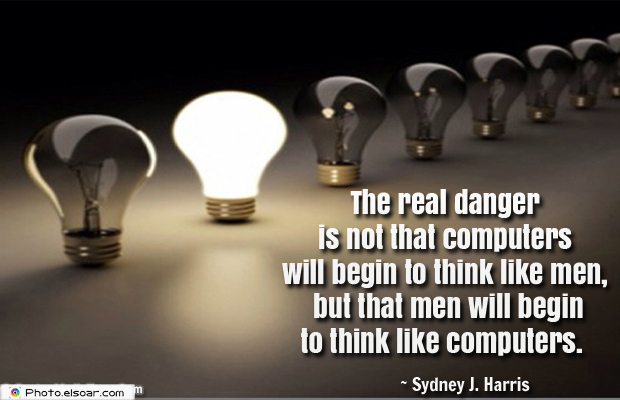 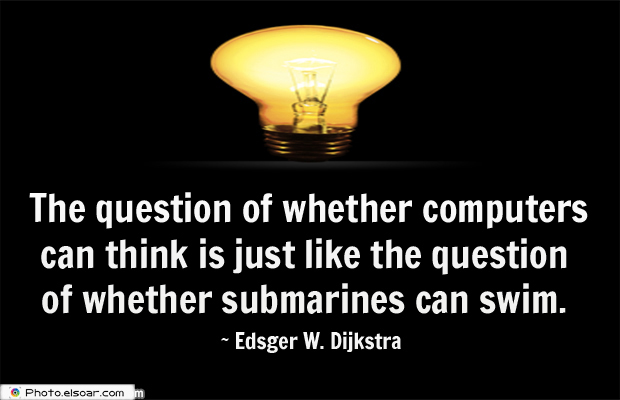 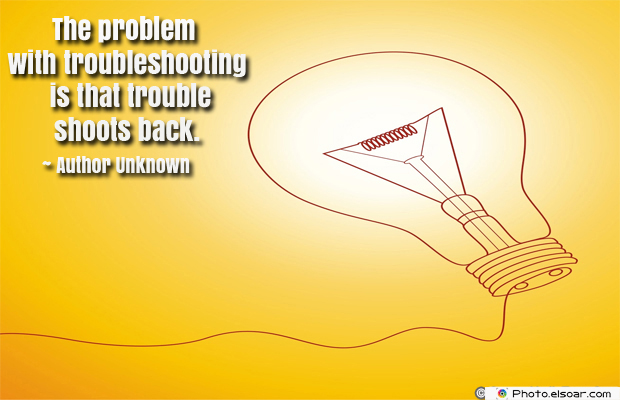 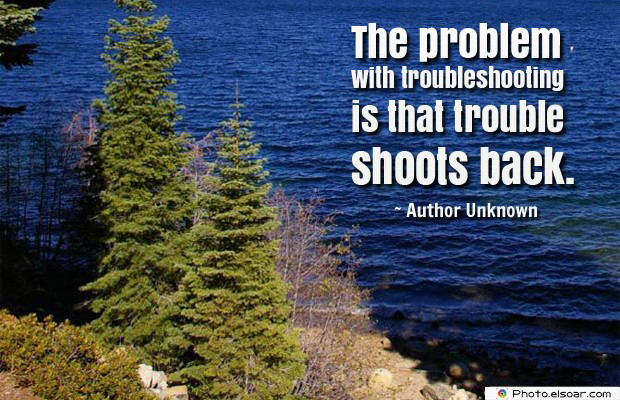 The problem with troubleshooting is that trouble shoots back. ~ Author Unknown 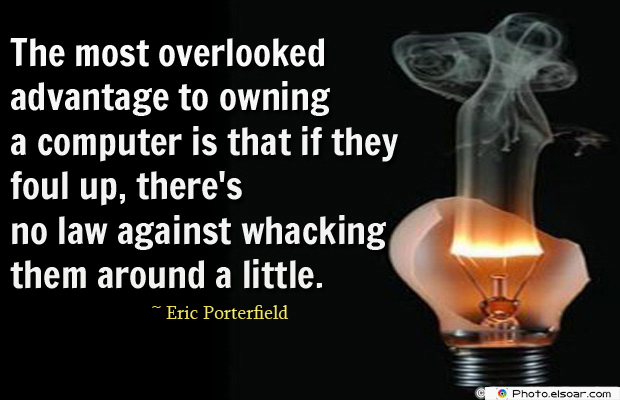 The most overlooked advantage to owning a computer is that if they foul up, there’s no law against whacking them around a little. ~ Eric Porterfield 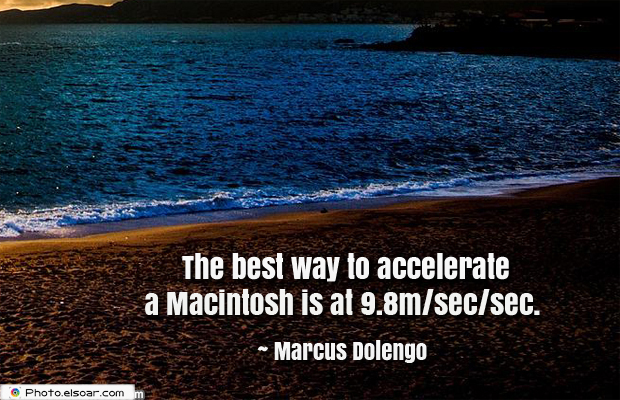 The best way to accelerate a Macintosh is at 9.8m/sec/sec. ~ Marcus Dolengo 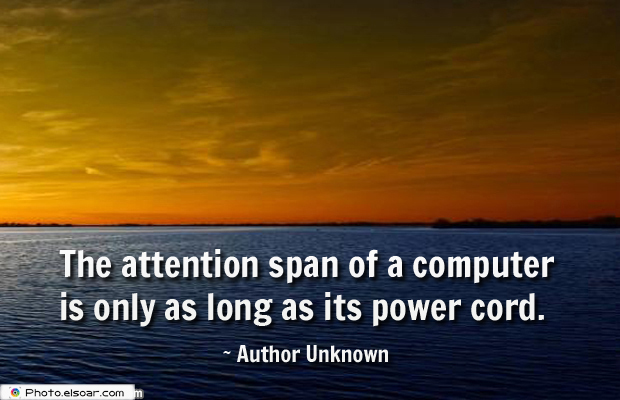 The attention span of a computer is only as long as its power cord. ~ Author Unknown 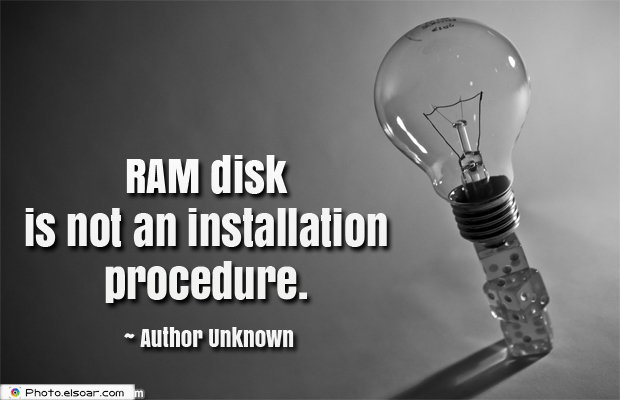 RAM disk is not an installation procedure. ~ Author Unknown

Programming is like sex. One mistake and you have to support it for the rest of your life. ~ Michael Sinz 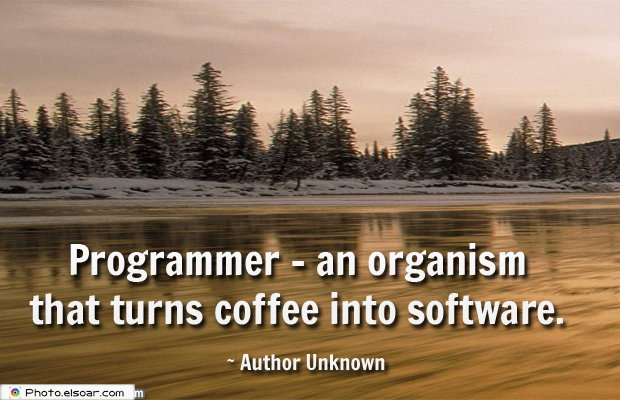 Programmer – an organism that turns coffee into software. ~ Author Unknown 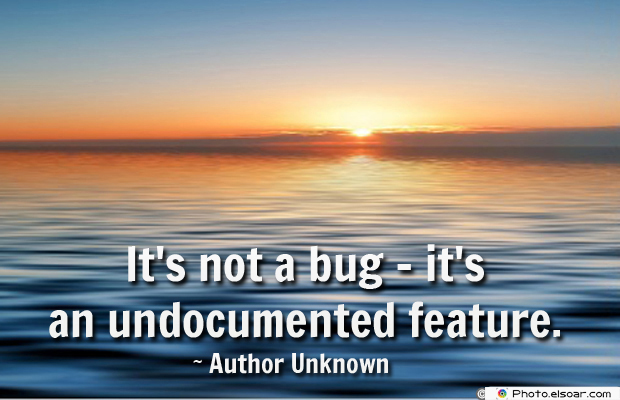 It’s not a bug – it’s an undocumented feature. ~ Author Unknown 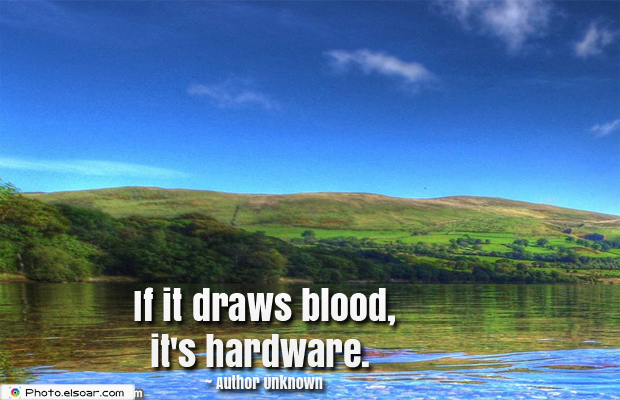 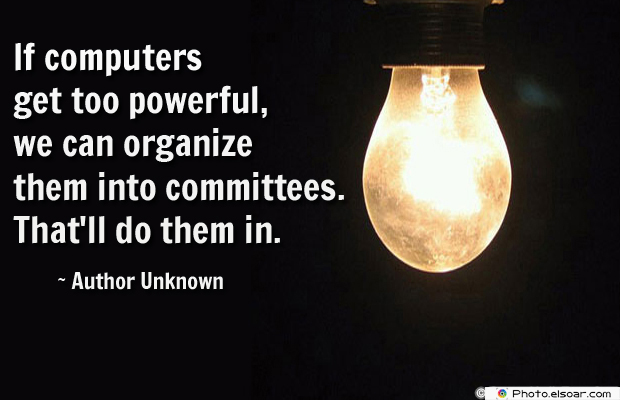 If computers get too powerful, we can organize them into committees. That’ll do them in. ~ Author Unknown 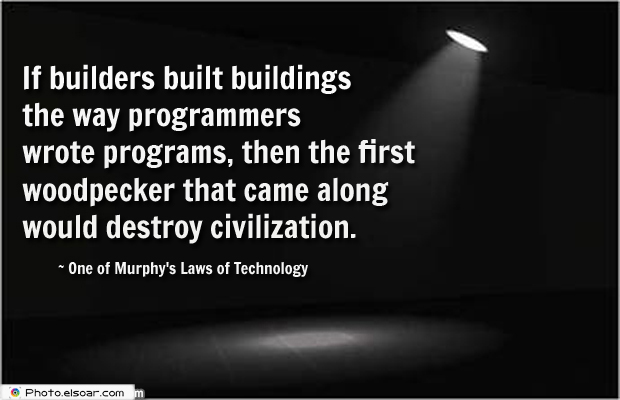 If builders built buildings the way programmers wrote programs, then the first woodpecker that came along would destroy civilization. ~ One of Murphy’s Laws of Technology