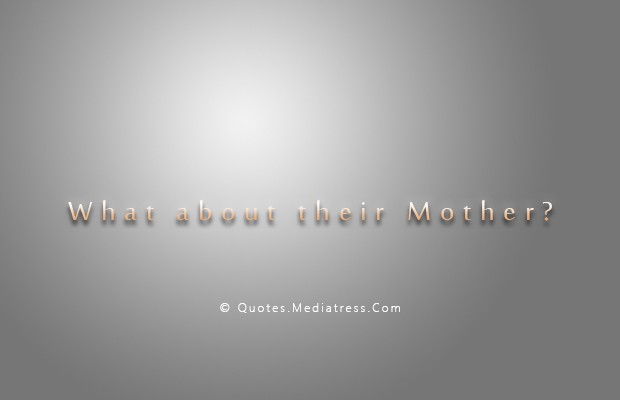 A Smile of Hope today is a story from Saudi Arabia. It was a story which was published in the Saudi newspapers. Heis a man named Abdel-Aziz Hezaan. He is an old man. His story was that he was involved in a lawsuit, which he lost.

He sat in the middle of the court crying like a little child, with sounds and tears. What was the lawsuit that he lost, that caused him to cry like this? Is it because he lost a piece of land that there is a difference in opinion on the owner of it? No, it is not. Is it because his children sued him and took over power-of-attorney on him? No, that is not it either. Is it because his wife filed for divorce? No, it is none of these.

What was the secret of his tears then? He sued his brother, and you may be dismayed by this However, the lawsuit was because him and his brother were fighting over who takes care of their mother who is old, aged, unable to move, and has passed 95 years old. Abdel-Aziz Hezaan was the one who was taking care of their mother, but then he started to age.

The judge was indecisive on what the right decision is. He decided to ask the mother who she would prefer to be with. She answered in a really difficult manner, This one (pointing at Abdel-Aziz) is my right-eye, and this one (pointing at his brother) is my left eye. Don’t ask me.

The judge had to decide based on who can take care of her best, and he decided to judge in favor of the younger brother because he was more physically capable to take care of her. Thus, the decision was that she be taken away from Abdel-Aziz and be given to his younger brother. Abdel-Aziz sat on the ground, and cried like a little child, because his mother was going to be far away from him.

This is a call for mercy with your parents. A smile of hope is to everyone who is merciful with their parents, and takes care of them especially when they’re old.

Whether one or both of them reach old age [while] with you, say not to them [so much as], ” Why is it at old age? Because being a hero truly depends on if you take care of your parents when they get old. Will you be like Abdel-Aziz, or will you not be there for them, and let them go?

A smile of hope for you, because your kids will do the same thing to you that you will do to your parents.