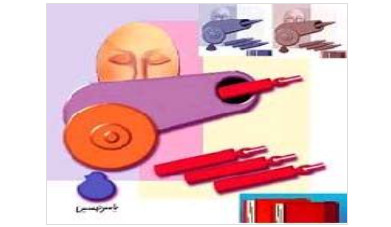 High intensity conflict is a primary emotion that may reveal the inherent capacities of an individual or a group. The art of writing diaries is one of the pursuits which best reveal this hidden aspect of human nature, perhaps because of its transparency and unpretentiousness which have prompted some critics to classify it as a form of confessional literature.

Biography and autobiography are two popular forms in old and modern Arabic literature. The earliest known Arab diarist and autobiographer is Emir Osama Ibn Munqiz, author of I’tibar (moral lessons). This work is a day-to-day autobiography written in the Ayyoubi era which witnessed several attacks by the Crusaders on the Levant. It was the Crusades which introduced this hitherto unknown form of prose to the Arab world. Ibn Munqiz records daily events and adds personal comment and opinion. His work offers both direct and indirect surveys of social, economic and political aspects of the society in which he lived.

Interestingly enough, the following notable example of Arabic diaries is the History of Al-Jabarti, which was inspired by Napoleon’s expedition, and offered a day-to-day account of living conditions and events in Egypt. In other words, resistance to external aggression was the direct reason why the art of diary-writing became popular at that time in the Arab world. The art seems to have maintained its close connection with the time of war to the present. Diaries may seem one of the least reflective forms of prose, and have been the subject of only a few studies in spite of their historical and aesthetic value. As a form of prose, diary-writing comes closest to presenting a direct and truthful account of reality in a particular era and is thus supposed to preserve this account over time.

The importance of diaries stems from the fact that a reader, whether a specialist or not, is faced with both historical and non-historical events. Unlike other forms of prose where the personal feelings of the author may predominate, the diaries tend to be a direct account that leaves little room for interpretation.

Diaries were also popularized in Europe during wartime, as may be seen in the literature produced after the Second World War. The most notable example is the diaries of Jean Paul Sartre, the existential philosopher who fought in the war, was captured and sent to a German camp. In his diaries, Sartre notes how his character remained unchanged while his existence in the world was transformed because of the war.

Diaries were also written by ordinary non-literary people who survived the war experience. Susan Traverse tells how she was once shot by the Germans while driving her car, but had to continue to drive to escape death. She had scarcely known fear before that event, and at that moment she could not afford to succumb to fear. But since then, she has known what it means to be afraid.

In the Arab world, many modern diaries written in the wake of major battles and liberation wars are considered important documents that throw light on these periods. Daily Accounts of the Algerian Revolution, by Mauloud Faroun, is a detailed day-to-day record of events of the Algerian revolution, from November 1, 1955 to March 14, 1963. Faroun was assassinated only one day after completing this work, which is not only a personal autobiography but an honest document offering a glimpse of the collective vision and the attitudes of Algerian revolutionaries. It tells of their triumphs and frustrations, and of the daily activities and feelings of the ordinary people whose main concern was to fight the French occupation.

The Arab-Israeli conflict, particularly the 1973 war, provided a rich source of material for writing various diaries. Ahmed Heggi, a veterinarian who fought in the 1967 War as a conscript and witnessed the War of Attrition, records in his “unprofessional” diaries the feelings of the soldiers and the people of his own village and his country at large. The diaries reveal the author’s awareness that war with the enemy did not only occur on the battlefront but was a war against the Egyptian people everywhere. In the course of the diaries he wrote that the most serious cultural problem in Egypt was illiteracy. He also wrote that if he lived long enough, he would tell his people the tragedy of resisting the enemy. But he did not live long enough to tell his story. The diaries were printed for the first time in 1973, and appeared in two subsequent editions. They are not remarkable for their style or ideas but for the liveliness and truthfulness of their account.

The experience of war and resistance, though a harrowing trauma, always reveals the best of people’s talents and abilities. One of the forms which best capture these revelations is the art of diary-writing.