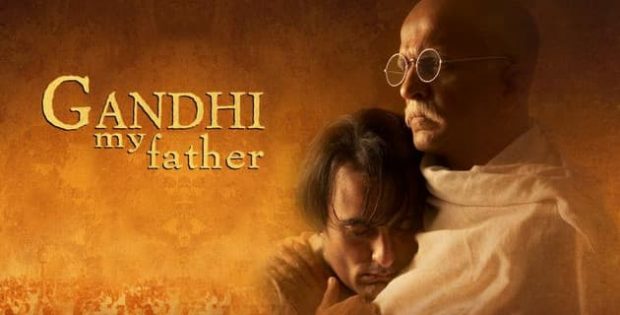 A pioneer in promoting non-violent protest in the struggle for Indian independence, Mohandas Karamchand Gandhi is a figure that has inspired many real-life, as well as reel-life, figures.

In 1982, Sir Richard Attenborough introduced Mahatma’s life and struggle to free his nation from racism and injustice in his great movie Gandhi. Ben Kingsley was given an Oscar for his portrayal of the Indian leader.

Gandhi My Father brings to lights Gandhi’s life, with a special focus on his troubled relationship with Harilal, his eldest son who rebelled against him and converted to Islam; Harilal was disowned by Gandhi.

The story reveals a hidden side in Gandhi’s character that has not been approached before, revealing how he sacrifices his personal life for the sake of saving a whole nation. The movie stresses his benevolence and humanity.

The movie premiere was held in Johannesburg, South Africa. It was hailed by all the attendants, especially South African president Thabo Mbeki and the entire South African cabinet who were impressed by the actors’ performance.

Producer Anil Kapoor, who could not hide his tears after the premiere, said that the movie was a “glorious homecoming for Mahatma Gandhi.” He also expressed his extreme joy on receiving a message from former South African president Nelson Mandela, who is often referred to as the Gandhi of South Africa. Kapoor said that Mandela, who could not attend due to ill health, thanked him for making this movie that was heart-warming and humbling (India eNews).

Also, read: Creativity: The Product of a Mind Whose Wonders Have No End