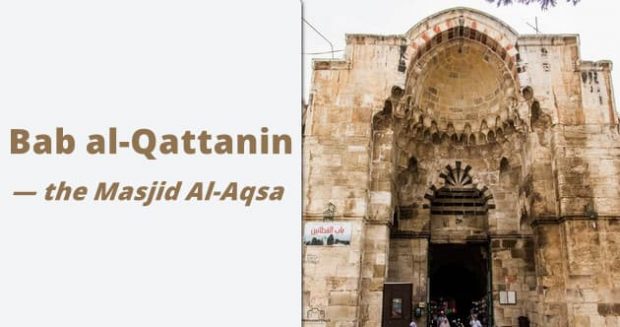 After Salah ed-Deen liberated Jerusalem from the Crusaders in 1187, major architectural restorations began which would leave their mark on history.

The Haram was cleared of Christian monuments such as the cross on top of the Dome of the Rock and replaced with a golden crescent.  The wooden minbar (pulpit) of Salah ed-Deen was placed in Masjid al-Aqsa and the Old City walls were rebuilt alongside restorations within the Haram area.

These sites now form the chunk of the architectural sites which Muslims and tourists alike come to admire. However in the narrow alleys of Jerusalem and the now neglected Madrasas and mausoleums, the Mamluks architectural legacy lies somewhat neglected.

The Rise of the Mamluks: A Slave Dynasty

Formerly a military caste of slaves who converted to Islam, the Mamluks ruled over Egypt, Syria and Palestine for almost three centuries from 1250 to 1517.

The Mamluks defeated the Mongol’s invasion which had completely devastated the traditional center of Arab Islamic civilization Baghdad, and subsequently setup Cairo as their capital.

As Turkish slaves, the sultans overcame the ethnic distinctions and divides through a sort of social pact, where in return for the right to rule they endowed the cities with lavish stone building which served public purposes such as madrasas drinking fountains, bathhouses, markets and hospitals.

Although Jerusalem held little political or strategic importance under the Mamluks, its religious significance meant that they were keen to leave their mark on the cities architecture.

In fact, over sixty four major monuments and buildings survive to this day which commemorate the beautiful and distinctive architecture endowed to the holy city. In reflection of the importance of the Haram, many of the major buildings are concentrated around the northern/western wall and within the sanctuary itself.

Characteristic features of Mamluk architecture in Jerusalem include ablaq which is the use of striped masonry patterns usually in cream-colored limestone contrasted with red or black stones. For example, above the Madrasa al-Uthmaniyya there is a typical Mamluk wheel-shaped decoration formed with alternate red and yellow stones. This design is also present on the eight Mamluk colonnade gates around the platform area of the Haram al-Sharif which lead onto the Dome of the Rock.

Another iconic architectural feature of the Mamluks is muqarnas used in corbels, small and supporting arches which resemble decorative stalactites made from stone or plaster. Souq al-Qattinin or the ‘Market of the Cotton Merchants’ was the largest Mamluk complex in Jerusalem, completed in 1336-7 it consisted of over fifty shops with living quarters above, two bath houses and a khan. The main entrance or ‘Bab al-Qattanin’ shows extensive use of muqarnas.

Following two personalities from the Mamluk period, I take a journey through Jerusalem’s forgotten architectural heritage.

The reign of al-Ashraf Qaitbey is remarkable for the number of buildings that were erected in his name both in Jerusalem and in Cairo. Within the confines of the Old City wall of Jerusalem, this includes the Madrasa al-Ashrafiyya and the sabil (drinking fountain) of Qaitbey.

The sabil is an impressive piece of 15th-century architecture which elegantly combines stone-carve calligraphy, red and yellow stones with a 3.5m dome ornamented with interlinking geometric arabesques (stylized flowers and plants).

It is essentially a three tiered structure, with a square base, a drum which supports the dome capped with an Islamic crescent finial of bronze. Whilst the dome is fundamentally Egyptian in style, it has been crafted by locals using different techniques of construction. As such the carved dome decorated with arabesques is the only one which exists outside of Cairo. The sabil stands today in virtually the same form as it was when completed in 1482.

Located west of the Haram al-Sharif, lies the palatial home and mausoleum (1388) of Sitt Tunshuq al-Muzaffariyya. Although there is very little definite knowledge about who she was, her name suggests that she may have been a Turkish slave at some point as Tunshuq is a Turkish word for ‘precious’ or ‘wonderful’.

The complex is adorned with three classic Mamluk-style entrances and a large portal window. On the east, the entrance is quite elaborate with a 2-meter recess displaying four tiers of muqarnas or stalactites enclosed by ablaq masonry. A panel of limestone carved in geometric designs with circular eye forms the focus of the portal with inlays of black stone, red and green glass (most of which has now fallen out).

Accommodating the widest entrance, the central portal is the least elaborate although it’s a fine example of ablaq patterns for which the Mamluks are known. The west entrance is finely embellished with a rectangular window surrounded by a beautiful inlaid geometric star pattern. Where it is still intact, the inlays display red and black stones alongside glazed turquoise earthenware.

Records show that Sitt Tunshuq died in Jerusalem in 1398 and was buried in a tomb opposite her impressive home. This turba or tomb is another great example of magnificent Mamluk architecture, combining the ornamental and practical elements of the building which commemorates Lady Tunshuq and also provides chamber for pilgrims.

Surviving Time and the Israeli Occupation

As the photos show, some architectural features such as the entrances to Lady Tunshuq’s home have deteriorated quite badly. What has had most effect on these buildings is their lack of usage as many now lie completely abandoned- stones are loose, cracks appear and plaster is falling off. As well as the erosive aspects of time, many of these architectural features face a battle for recognition in the occupation of Jerusalem by Israeli forces.

Simone Ricca, a conservation architect who has worked in Palestine and with UNESCO has documented the destruction of heritage by Israeli authorities if does not bolster Jewish claims to the city. “With Israel’s 1967 conquest of East Jerusalem, a dramatic transformation took place,” he writes. “Immediately after the battle for the Old City ended, the entire Moroccan Quarter was razed, and its 650 inhabitants were evicted with only three hours to remove their belongings.”

Another step in ‘clearing’ the area for the new Jewish Quarter included the demolition of the Abu S’uud complex in June 1969. An example of Mamluk architecture, it was simply destroyed and removed from the cities architectural heritage and memory. Ricca also points to some excavations to uncover Herodian stones initiated in 1967 which caused serious damage to the thirteenth-century Ribat al-Kurd and some of the finest examples of Mamluk architecture in the Old City.

Ricca reminds us that this is simply one example of the Israeli state’s “tendency to downgrade the architectural and historic value of ‘inconvenient’ buildings” as part of a strategy of depreciating the non-Jewish heritage of Jerusalem.

Despite the destructive consequences of time and the Israeli occupation, many magnificent Mamluk buildings remain intact. Steadfast and resolute, they are a welcome reminder of the cities ability to resist and survive.