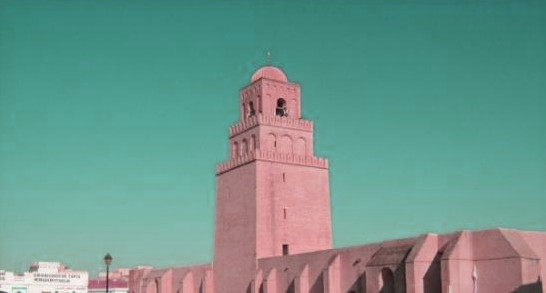 In North Africa, the issue of Arabization – replacing French with Arabic in the areas of education and government – is still as controversial as it was when the countries of the region gained their independence 40 years ago.When France colonized North Africa, it was not merely economic exploitation or political domination, but a comprehensive annexation that sought to eliminate the national Magreb (the west of the Muslim world) heritage and traditions. The areas most affected were culture and society.

The most powerful instrument was the imposition of the French language and culture over the values of the Muslim societies in North Africa. They treated Algeria as an integral part of France. The French never thought that they would leave Algeria. Algiers was called “Little Paris.” However, the revolution of the “One Million Martyrs” forced them out and achieved the independence of Algeria by force. What remains in question after over four decades of independence is the fate of the Arabic language in the post-independence era of North Africa.

Post-Independence Leaders and the Arabization Process

This distorted approach and lack of seriousness in implementing Arabic immediately in all fields led to the domination of the French language and the creation of a new, mixed tongue of Arabic and French. While it is so difficult to address the issue of Arabization in detail, attempts have been made to touch upon the political and ideological ramifications of the process of Arabization in Algeria and Tunisia.

Algeria was the first Magreb country to embark upon a process of comprehensive Arabization. That program was driven by decades of French cruelty and oppression to Algerians, to their culture, language and religion. Since 1830, the French had subjected the Algerian people to cruelties that included the elimination of the cultural, religious and traditional identities of the people of Algeria.

Despite this, the process of Arabization was aborted for many reasons. One reason is the existence of a strong Algerian elite, especially in the ruling classes, that is well connected to French culture and language. In addition to that, the emergence of Berber opposition to Arabization, with calls for the respect and use of the Berber language, are reasons for the fitful and overpoliticized Arabization of Algeria.

When President Emin Zeroual approved the Arabization law, Algeria was pushed to the verge of another civil war. Berbers took to the streets chanting, “We are not Arabs, we are Berbers!” The wisdom of the leadership of both sides averted that civil war.

Some French circles had intervened and encouraged the Berbers to rebel. The goal was to instigate a civil war. French philosopher François Rafarl not only encouraged the Berber people to rebel, but called Arabization an “ethnic cleansing” campaign by Arabs. He forgot what his country had done to Arabs and Berbers over the past century.

Over the past decade, the battle over Arabization has become an open confrontation between at least two sides. It escalates at times, while subsiding at others. Each side has its supporters, agenda, tactics and political coalitions. The issue of Arabization will continue to be one of the most important issues facing Algerians. It remains to be seen if the attention that has been given to the Arabization law, and at the same time, to Berber, will contribute to the process of stability in the country.

In Tunisia, the situation is different. The society is more homogeneous. There are no religious or ethnic minorities. The Tunisian Berbers have been totally assimilated into society. However, the issue of Arabization has been a very controversial issue on the social agenda since the independence of the country 50 years ago. Former president Habib Bourquiba was captivated by the French language and culture. He mastered it very well, which assisted him in running the process of negotiation with the French authorities during the struggle for independence, and in post-independence.

He looked at French as the vehicle for modernization and development. At the same time, he looked at Arabic and the Islamic culture as an impediment to modernization and development. This is despite the outward appearances, such as article number II of the Tunisian constitution, which states that “the state’s religion is Islam and its language is Arabic.”

The issue of Arabization was not debated seriously until the 1970s, when the government sought to Arabize the philosophy books of the high schools, which encompassed many leftists and Marxist views. The government believed that the spread of the left in the country was driven by the philosophy courses. The decision was taken to Arabize and purge it of any Marxist themes.

The Arabization process in Tunisia has suffered major setbacks and was held hostage to internal and regional developments. For instance, in November of last year, storeowners and companies were asked to abide by two-year-old legislation ordering the replacement of French signs with Arabic ones. The prime minister has also ordered all government ministries to Arabize their official documents. Furthermore, the prime minister has instructed the government to conduct all external correspondence in Arabic starting on the 10th of this month.

The battle between the two sides will continue. One of the Tunisian newspapers described it as “the mother of battles.” This battle is not a mere political, cultural and economic confrontation, but is also a strategic battle with far-reaching goals that are well connected to internal, regional and international developments and calculations.

This battle is expected to escalate due to the emergence of a new element in the region. That element is the expansion of American influence in North Africa and the expansion of the English language in the region. America-Magreb partnership, the spread of American culture, schools, universities and companies, is adding a new dimension to the cultural conflict in the region. The U.S. government has devoted a special budget to the issue of advancing its interest in North Africa. The frequent visits of U.S. officials, especially the secretaries of trade and state, is a serious indication of a new episode of the Arabization battle.