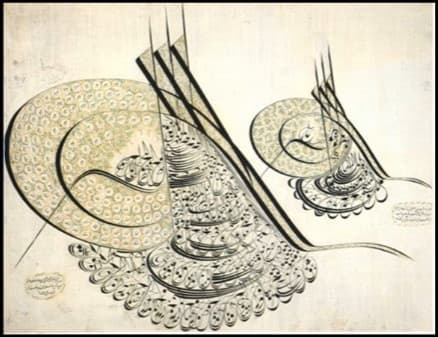 The following are some features of Islamic arts:

Before Islam, it was a common practice to carve creatures and bestow upon them a holy value. However, some Islamic artists refrained from such practice, which was common to the Greek and Arab pre-Islamic civilizations. Allah (SWT) says, “O you who believe! Intoxicants, gambling, sacrificing to stones and seeking luck or decision by arrows are an abomination of Satan’s handiwork. Eschew such abomination so that you may prosper (5:90).” Thus, Islam prohibited worshipping them instead of Allah (SWT). However, many Muslim scholars were not against the picture and the art of drawing, and as Imam Mohammed Abdo says, Islam does not prevent us from taking advantage of one of the most effective instruments of learning (meaning drawings).

Paintings are no harm to the creed. Accordingly, the Islamic creed did not make paintings and hanging pictures on walls an unlawful act if the objectives are decorating and beautifying houses and proving scientific or religious facts. The wealth and treasures left by Muslim artists since the advent of Islam is proof of such an opinion.

Islamic art was in harmony with nature, the environment, trees, the grass. It was in peace and harmony with God’s creation. It expresses this harmonious relationship between the Creator and his creation. In fact, nature is a central source of inspiration to Islamic artists. They studied it, absorbed its secrets, reformulated its meanings and expressed them in many artistic ways. Art critics believe that the originality of Islamic art stems not only from the source, which is nature in this case, but also from the meaning and rhythm added to it by artists.

Nice to read: Islamic Arts: When The Senses Are Twisted

One of basic principles of Islam is simplicity and the avoidance of extravagance in life. It is based on the principle that anything except Allah (SWT) will perish. Islam at one time has reached a point of greatness and richness to the extent that if Muslims sought to beautify their mosques with gold and silver, they could have done it. However, Islam’s views on simplicity and economy prevented Muslims from exaggerating the decoration of their Mosques and homes with silver and gold.

Islamic artists have been so creative that they created material to replace the use of silver and gold. A few examples are the use of crystal, glass, wood and even dirt to create artistic columns at mosques and public parks. Again, Andalusia represents the peak of such advancement. Other capitals, such as Istanbul, Cordoba and Baghdad are lasting expressions of the greatness of the Islamic civilization and Islamic arts.

Finally, read here: Creativity: The Product of a Mind Whose Wonders Have No End