Curiosity is a controversial concept due to its multiplicity of acceptances and the spheres that these can encompass; It has led human beings to make the greatest discoveries, the lowest rumors linked to the world of show business and the pink press, and to question our educational system. It is for all this that its importance is vital in the development of both our mind and our society, which is why in PHOTOS-ELSOAR we have considered necessary a collection of phrases about curiosity that will allow us to reflect on it.

For Curiosity Quotes we talk, here are the best quotations about curiosity, By the most famous people, thinkers and writers throughout history and from all over the world, in images and designs unique and exclusive to all. 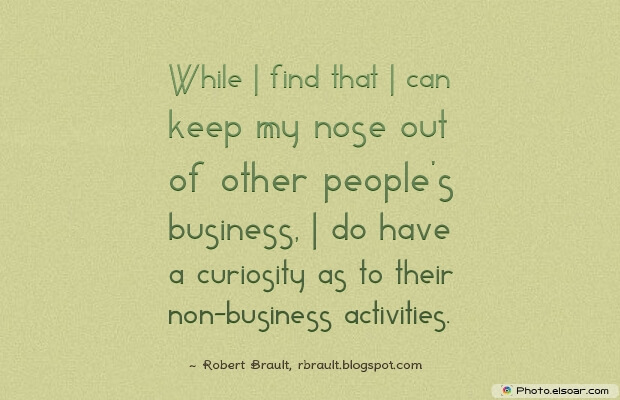 While I find that I can keep my nose out of other people’s business, I do have a curiosity as to their non-business activities. ~ Robert Brault – rbrault.blogspot.com 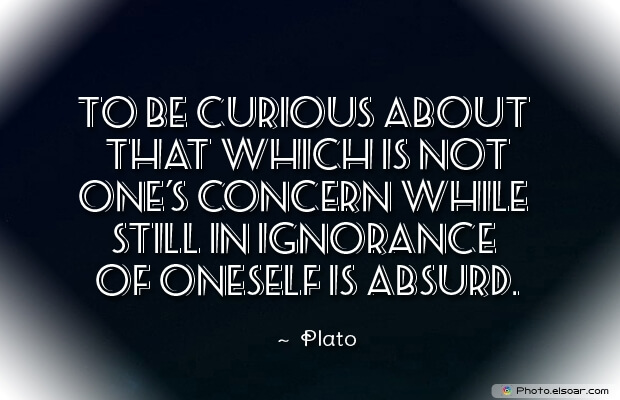 To be curious about that which is not one’s concern while still in ignorance of oneself is absurd. ~ Plato 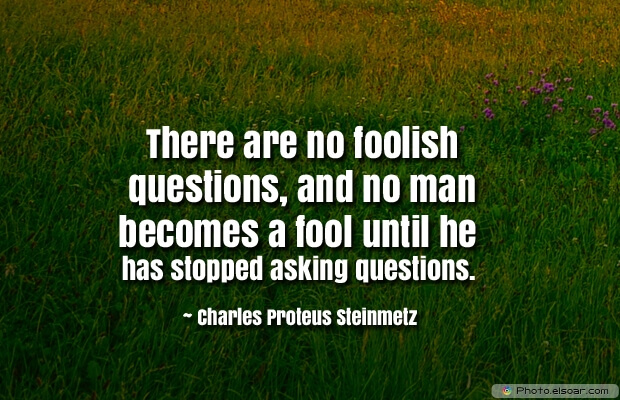 There are no foolish questions, and no man becomes a fool until he has stopped asking questions. ~ Charles Proteus Steinmetz 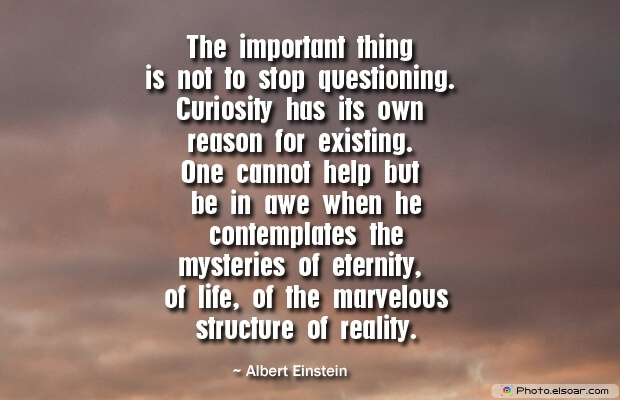 The important thing is not to stop questioning. Curiosity has its own reason for existing. One cannot help but be in awe when he contemplates the mysteries of eternity, of life, of the marvelous structure of reality. ~ Albert Einstein

Oh, I learn things everywhere I go…. why is it that when one man builds a wall, the next man immediately needs to know what’s on the other side? ~ George R.R. Martin – A Game of Thrones 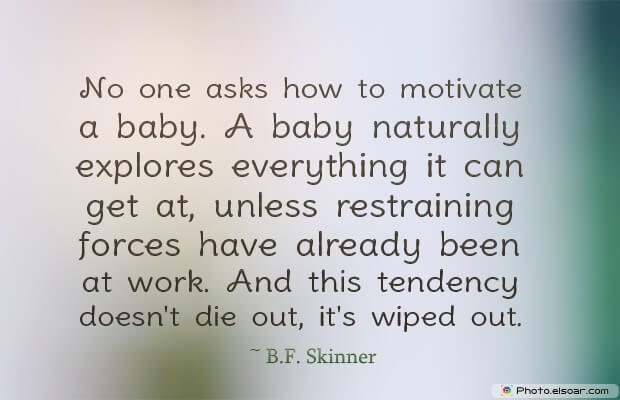 No one asks how to motivate a baby. A baby naturally explores everything it can get at, unless restraining forces have already been at work. And this tendency doesn’t die out, it’s wiped out. ~ B.F. Skinner 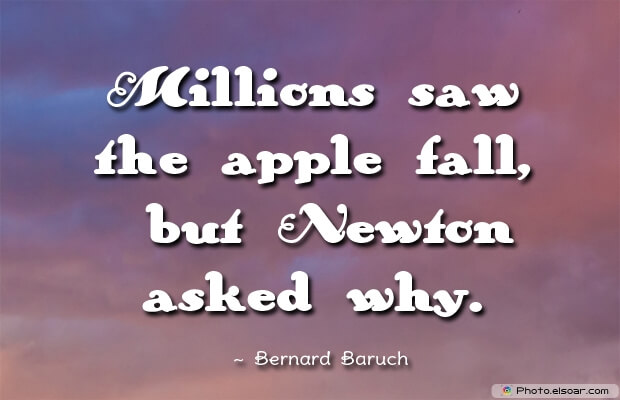 If you read someone else’s diary, you get what you deserve. ~ David Sedaris 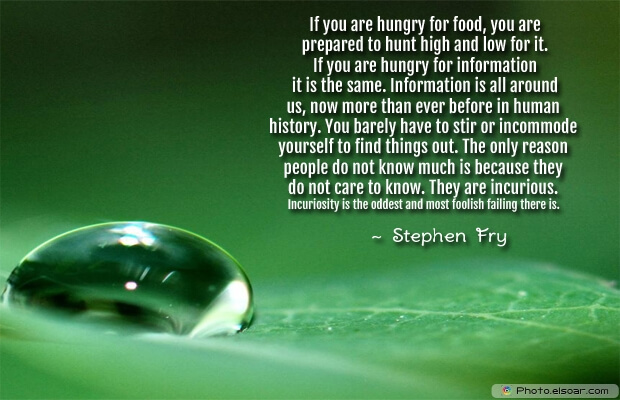 If you are hungry for food, you are prepared to hunt high and low for it. If you are hungry for information it is the same. Information is all around us, now more than ever before in human history. You barely have to stir or incommode yourself to find things out. The only reason people do not know much is because they do not care to know. They are incurious. Incuriosity is the oddest and most foolish failing there is. ~ Stephen Fry 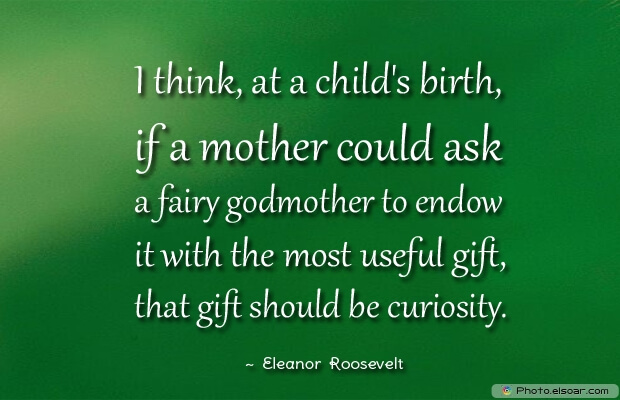 I think, at a child’s birth, if a mother could ask a fairy godmother to endow it with the most useful gift, that gift should be curiosity. ~ Eleanor Roosevelt 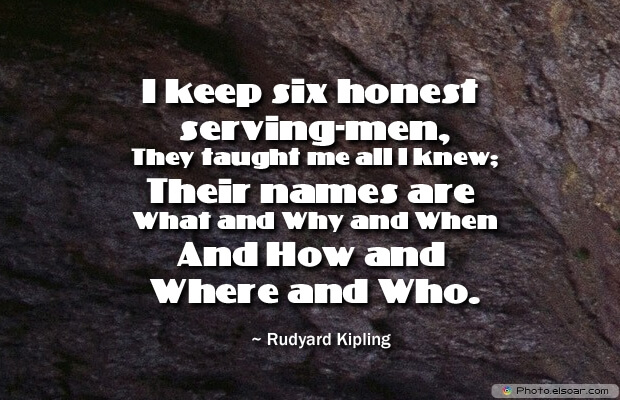 I keep six honest serving-men,
They taught me all I knew;
Their names are What and Why and When
And How and Where and Who. ~ Rudyard Kipling 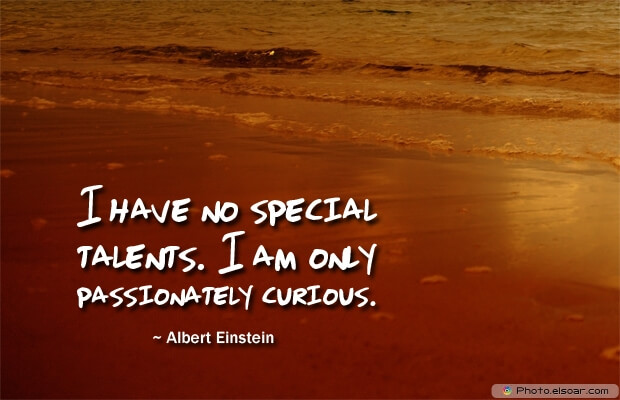 I have no special talents. I am only passionately curious. ~ Albert Einstein 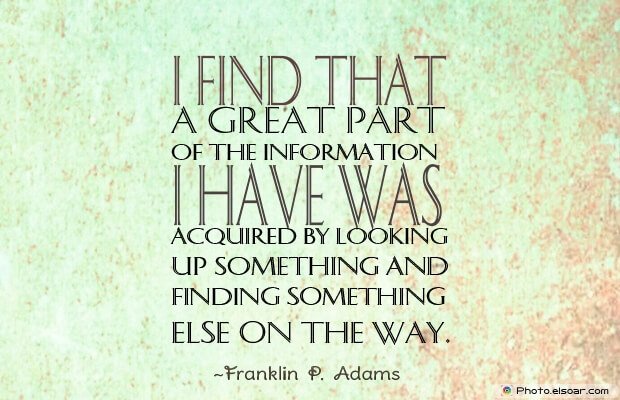 I find that a great part of the information I have was acquired by looking up something and finding something else on the way. ~ Franklin P. Adams

Curiosity will conquer fear even more than bravery will. ~ James Stephens – The Crock of Gold 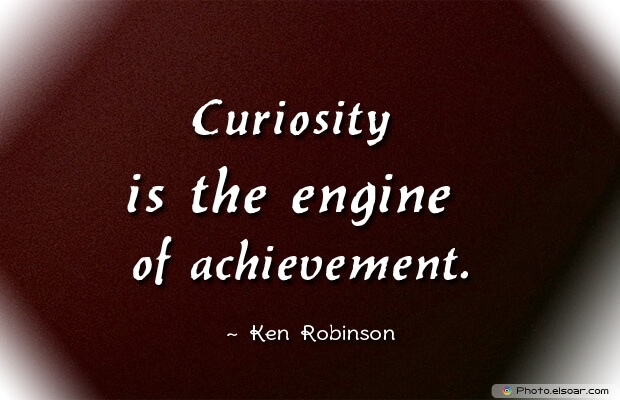 Curiosity is the engine of achievement. ~ Ken Robinson

Curiosity is only vanity. Most frequently we wish not to know, but to talk. We would not take a sea voyage for the sole pleasure of seeing without hope of ever telling. ~ Blaise Pascal – Pensées

Curiosity is little more than another name for Hope. ~ Augustus William Hare and Julius Charles Hare – Guesses at Truth, by Two Brothers, 1827 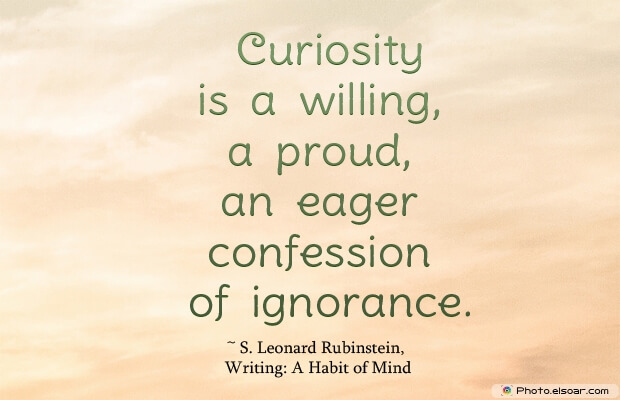 Curiosity is a willing, a proud, an eager confession of ignorance. ~ S. Leonard Rubinstein – Writing: A Habit of Mind

Be curious always! For knowledge will not acquire you; you must acquire it. ~ Sudie Back 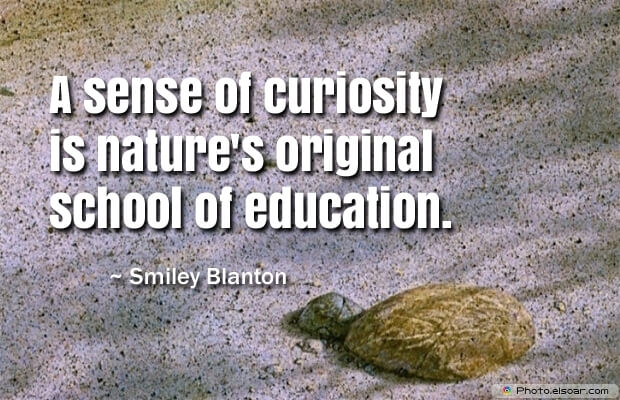 A sense of curiosity is nature’s original school of education. ~ Smiley Blanton